Olivier will be available for first seven matches in the County Championship and for the entire Derbyshire campaign in One-Day Cup, subject to final clearance from CSA.

London: South African seamer Duanne Olivier has been roped in by Derbyshire as an overseas player for the first half of the English county season. The 25-year-old will be available for first seven matches in the County Championship and for the entire Derbyshire campaign in One-Day Cup, subject to final clearance from Cricket South Africa (CSA). Reflecting on Olivier’s inclusion, Cricket Advisor, Kim Barnett said that Derbyshire wanted to strengthen their new-ball bowling area and, therefore, they believe that the South African seamer is a right choice.

“We identified new-ball bowling as an area we wanted to strengthen, especially for the first half of the season in red- and white-ball cricket. He is a tall, quick bowler who is keen to prove himself and he will give us another quality option with the ball. He comes highly recommended and will offer further depth to our seam attack,” ESPNcricinfo quoted Barnett, as saying. Olivier, on the other hand, was excited to join the club as he said that he is looking forward to join Derbyshire and contribute towards the success of the club.

“The club is clear in its drive to keep improving and I’m excited to be a part of an ambitious dressing room. There is a strong bowling attack at the club and I hope to play my part, both on and off the field,” he added. Olivier has struggled to cement his spot in the national squad, playing five Tests and bagging 17 wickets at an impressive average of just 23.11 apiece since making his international debut in 2017.

Earlier, Derbyshire had announced the signing of New Zealand’s Mitchell Santner as an overseas player for the T20 competition and the second half of the Championship campaign. 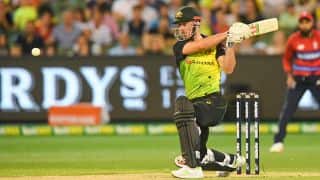 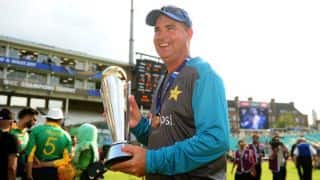