Fans believe Devdutt Padikkal could be a like-for-like replacement for Shikhar Dhawan - who is at the fag end of his career.

The one thing good about the current Indian team is that they have impeccable bench strength and the world got to witness it in Australia – where the tourists suffered multiple injuries – but came back strong to win the series. Even in the recently concluded Test series at home against England, India did not have Ravindra Jadeja – who can be a handful on spinning tracks. But that did not affect the team as Axar Patel rose to the occasion and delivered.

Another youngster could soon be fast-tracked in the side as he has been in ominous form and improving with every passing game. His name is Devdutt Padikkal and he is from Karnataka. The former U-19 star was brought onboard by RCB in the last IPL and he impressed. He did not stop there as he smashed his fourth consecutive century in the ongoing Vijay Hazare Trophy. Now, fans have already started urging BCCI for him to be included in the Indian side and they believe he could be a like-for-like replacement for Shikhar Dhawan – who is at the fag end of his career.

4 Consecutive Century is Unreal and Insane

He is surely an International material

I think time has come to give chance to Devdutt Padikkal in both ODI and Tests.

Devdutt Padikkal is in a sublime form in this year’s #VijayHazareTrophy2021. Carrying forward his strong performance from the last tournament. At an age of 20, India is not short of future openers for the limited-over formats of the game. @bhogleharsha @BCCI

He has already amassed 673 runs in the ongoing Vijay Hazare Trophy in six matches at a staggering average of 168.75. It comprises four centuries and two fifties. He had earlier scored 473 runs in 15 games in the IPL for RCB and was a key member of the squad. 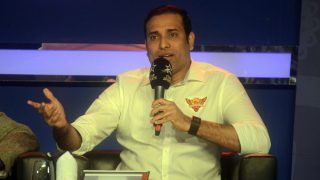 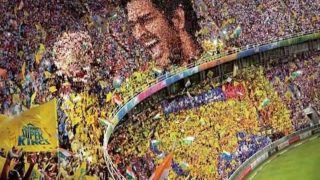 MS Dhoni Will NOT Play a Single IPL 2021 Match in Chennai For CSK, Fans Gutted With Schedule