Indian skipper Mahendra Singh Dhoni tried putting an end to the discussions about being wrongly given out stating that he would rather blame himself rather than anyone else for playing a poor shot. 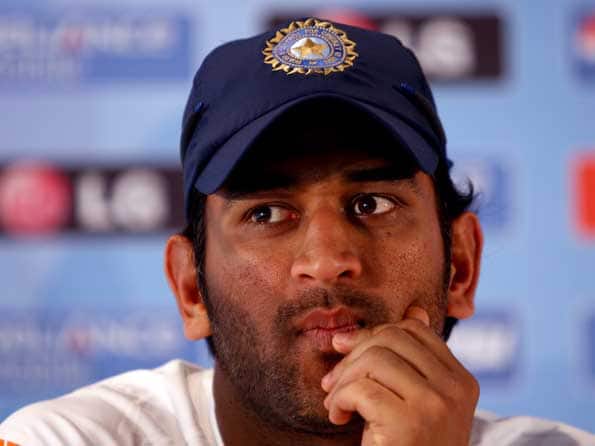 Indian skipper Mahendra Singh Dhoni tried putting an end to the discussions about being wrongly given out stating that he would rather blame himself rather than anyone else for playing a poor shot.

“I think I played a wrong shot,” Dhoni said informally, criticizing himself instead of blaming the broadcasters for showing the wrong replay which led to his dismissal.

Dhoni was out playing uppishly to mid-on and had begun his walk back to the pavilion when stopped in his track by umpire Ian Gould for a recheck if the ball wasn’t a no-ball.

The replay showed a legitimate ball but it wasn’t the particular delivery which bowler Fidel Edwards had bowled.

It was later revealed that the delivery-in-question was indeed a no-ball. Dhoni was thus given out by virtue of a wrong replay.

It was the second time in the series that Dhoni has wrongly been given out. In the first Test in Jamaica, he dismissed off a a no-ball bowled by Devendra Bishoo.

Meanwhile, the facts emerging from the broadcasters’ corner was that an inexperienced person sitting on the EVS (Ecriture Video Simulation) system might have inadvertently caused the mistake.

The EVS system, used for creation, editing, exchange and playout of audio and video feeds, usually has experienced men operating it but in this instance a rookie was entrusted to do the job.

After the news broke out, the broadcasters swung into action on Thursday and have ordered a reinforcement of their personnels. But the third day’s play of the second Test, it was learnt, would still be managed with a skeleton staff manning the EVS system.