Steve Waugh believes Jofra Archer's ability to generate speed "seemingly out of nowhere" will make him tough to face.

Archer took his first wicket in Test cricket on Friday when he had struggling Australia opener Cameron Bancroft lbw for 13 with a sharp nip-back ball at Lord’s — the ground where he bowled the decisive Super Over in England’s dramatic World Cup final win over New Zealand last month.

Only 24.1 overs were possible before rain stopped play on Friday’s third day of the second Ashes Test — a match where the opening day was washed out without a ball bowled. But that was time enough for Australia, 1-0 up in the five-match series, to lose three wickets for 11 runs en route to a stumps score of 80/4, 178 runs behind England’s first-innings 258.

Archer, who took the new ball late on Thursday, had fine figures of one wicket for 18 runs in 13 overs.

“He’s done well,” said Waugh, one of the outstanding batsmen of his generation. “It’s an ideal situation to debut, to take the new-ball at six o’clock (1700 GMT) under lights, overcast conditions.

“If you want to write your own script, that’s when you want to bowl,” the 54-year-old added. “Having said that, he’s very impressive. He’s got a pretty unusual action, he’s very relaxed but generates a lot of pace seemingly out of nowhere. So he’s a guy that will take a bit of getting used to for batsmen, because he’s different and quick through the air.

“We’re certainly not underestimating him, but you know Test cricket is about different conditions and different scenarios. He’s not faced a lot of those yet but so far from England’s point of view he’s been impressive, from our point of view, we certainly respect him.”

Stuart Broad, leading England’s attack in the absence of injured paceman James Anderson, had no doubt of Archer’s quality. “He’s got all the attributes and he’s already been a successful international cricketer, having been involved in a World Cup win,” said Broad, a veteran of 122 Tests.

“In our minds, because he’s been involved with the World Cup and he’s been talked about so much in the last six months, we think he’s an experienced, older, knows-it-all cricketer. He’s still learning his trade a little bit, but he’s doing it with great success. There will be times when he blows teams away.”

Australia may hold the Ashes but they have not won a Test series away to England since Waugh led them to victory back in 2001. Successive tours have seen Australia undone by dramatic collapses and Waugh was pleased they managed to limit the damage to just three wickets lost on Friday after they resumed on 30-1.

Significantly star batsman Steve Smith — who marked his return to Test cricket after a 12-month ball-tampering ban with twin hundreds at Edgbaston — is 13 not out. “The key to doing well over here is to not have a disastrous session,” said Waugh.

“When you lose a couple of quick wickets there is potential to lose five, six or seven and in the Test match you’re going to struggle to come back from that. So we hung in there really well.”

But Broad said England still had time to secure a victory. “We’d need to bowl Australia out by lunch tomorrow (Saturday),” he explained. “Our bowling unit’s aim is to get the next six wickets by lunch and then ideally bat until an hour, or half-an-hour, before lunch on day five and try to force a result that way.” 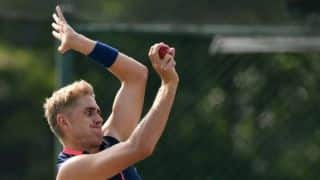 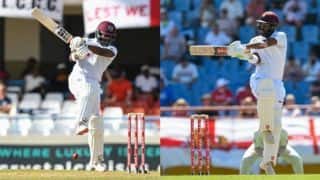