Chandimal said that while the team has been transitioning in recent years, and is still young, it was time for them to start performing.

Sri Lanka captain Dinesh Chandimal insisted Monday his battered team can lift their game and be competitive on the upcoming tour to South Africa despite being outplayed over two Tests by Australia. The visitors lost the opening day-night Test in Brisbane by an innings and 40 runs inside three days and followed it up by a 366-run thrashing on day four in Canberra.

It extended a dire run of results for troubled Sri Lanka, who have been hit by injuries and off-field dramas. They have now lost a home series to England 3-0, then away to New Zealand 1-0 to go with their two defeats in Australia. The first Test in South Africa looms on February 13, with the squad flying straight there from Australia this week to continue a gruelling overseas schedule.

Sri Lanka came into the Canberra Test without injured pace spearheads Lahiru Kumara, Dushmantha Chameera, and Nuwan Pradeep, who were all badly missed with Australia smashing four centuries. They were also without all-rounder Angelo Mathews, with the added off-field distraction of an ongoing ICC corruption investigation into Sri Lankan cricket.

Despite this Chandimal said that while the team has been transitioning in recent years, and is still young, it was time for them to start performing.

“If you get the chance to play for your country you have to take it with both hands. Now as a team, we have to step up,” he said. “In our young group, some of them have played more than 30 Tests so that means they are still very young, but in the international arena they are really experienced. So now this is the time to play your game and play for your team.”

As for the positives Sri Lanka could take from the Australia series, Chandimal admitted there weren’t many.

“The only positive was our slip catching from our fast bowlers,” he said. “I don’t want to talk about the negatives,” he added. “We all know what went wrong as a team and I’m sure the boys will learn from that and they will come good in South Africa. 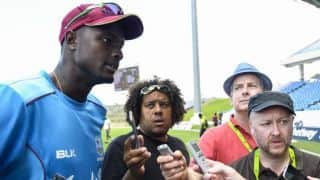 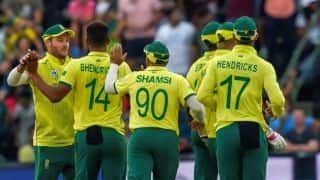