Day One of the third Ashes Test was marred with controversy. British tabloid The Sun claimed the ongoing Perth Test to be under the influence of spot-fixing. Nonetheless, Cricket Australia’s CEO James Sutherland rubbished these claims.

Even though the Ashes has been cleared of any such allegations, it has shifted base to Bangladesh Premier League (BPL). Australia’s former pacer Dirk Nannes revealed some insights on the functioning of the domestic tournament.

“The Bangladesh Premier League, that was the interesting one. The first time there were owners who’d come along. The owners weren’t allowed on the ground, but there would be a team manager going to the owner and saying, ‘What are we doing next’, then going to the coach. The security guys were saying enough was enough. But it just kept going on. The owners were sitting there on the phone. The owners were demanding that they be in constant touch with the coach because that’s why they bought the team,” said Nannes.

‘The security guys knew it, the guys on the ground knew it, everybody knew it’

“There were a few games I watched on television when I played in the Bangladesh Premier League, and you could hear the players on the ground yelling at the batsman because you saw it was flat-out wrong. The security guys knew it, the guys on the ground knew it, everybody knew it,” added Nannes.

‘The spotters were people up in the crowd’

“The spotters were people up in the crowd. They’d have a microphone in the cuff of their shirt, and 10 mobile phones around their waist. Anytime something happened, they’d lift their sleeve and speak into the microphone, and have time to do whatever they were doing. Security couldn’t do anything except kick them out. Actually in Bangladesh they couldn’t even do that,” concluded Nannes.

Nannes represented Sylhet Royals in BPL 2013. He accounted for 8 wickets in 8 appearances. Overall, Nannes is known for his blitz in the shortest format, mainly in franchise cricket. He has represented Chennai Super Kings, Royal Challengers Bangalore and Delhi Daredevils in IPL.

It will be interesting to see how BPL’s top officials respond to Nannes’ claims. The fifth edition was recently concluded wherein Rangpur Riders won their maiden title, beating Dhaka Dynamites. 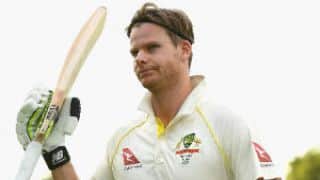