Somerset s Dom Bess was shopping in IKEA store when England Chief Selector Ed Smith called him up to confirm his selection in England s first Test squad against Pakistan. Bess, the lone spinner in the England squad, is likely to make his debut at Lord s. Cricbuzz reported how ecstatic Bess was: “I was in IKEA with my girlfriend. I’ve just bought a house so we were looking at a few things, having a browse, then Ed phoned me up. I didn’t have his number so I didn’t know who it was. He told me that I’d been included and all I said was ‘wow’! I didn’t have any other words, I couldn’t believe it. Alex Davies from Lancashire played a prank on me earlier in the day and pretended he was in the squad, so I thought I must have missed out as I hadn’t heard anything.”

Bess immediately called his father: “I phoned him straight away. I think it was a very proud moment for him, he’s always backed me no matter what. I think he couldn’t sleep last night because the squad was getting announced and he knew there might be an opportunity for me. It makes me feel emotional. My grandfather passed away when I was 10 and he was always one of my biggest fans, so it makes me quite emotional when I think about him too. He’s probably looking down feeling very proud. It’s a very proud moment for the family. I’ve got three older cousins and we are quite a big sporting family. To finally get someone who could get an England cap would be an amazing achievement for us.”

Bess could have missed the Test bus, had teammate Jack Leach not been injured a day before the announcement. Bess so far has taken a solitary wicket in two County matches this season, but he had routed Essex with 6 for 51, playing for MCC earlier this season. Bess has played 16 First-Class matches, taking 63 wickets at 22.49. He also had a hundred. He had made his Somerset debut against Pakistan in 2016.

He was obviously excited over the call-up: I always back myself and I think that’s one of my strongest attributes. I’m looking forward to the challenge. It’s such a privilege to get an England call up, I’m going to soak it up and make the very most of the experience. 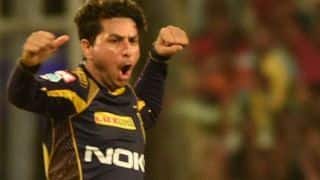