The much-awaited independent report regarding the fall of Australia from the top, headed by BHP Billiton chairman Don Argus, is set to be made public on Thursday. 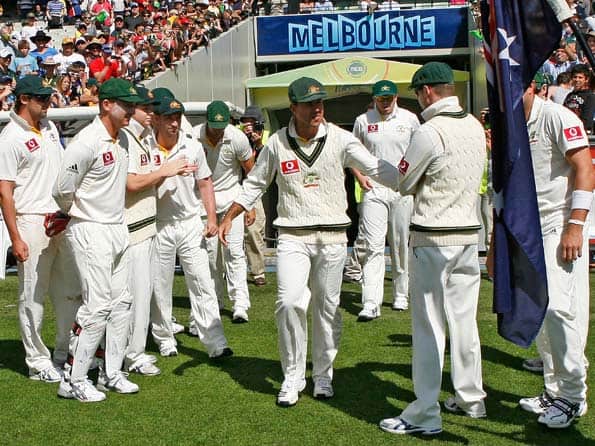 The much-awaited independent report regarding Australia’s poor performance in the last Ashes and fall from the top, headed by BHP Billiton chairman Don Argus, is set to be made public on Thursday.

The recommendations of the review panel will be discussed at a two-day Cricket Australia board meeting which begins on Thursday, August 18.

The panel will also be discussing the future of chairman of selectors Andrew Hilditch, who is likely to be replaced by a full-time chairman.

Meanwhile, Cricket Australia’s public affairs general manager Peter Young has stated that the decision to release the recommendations will only be made by board members when the report is tabled.

”We have said to directors that there will be an update at this week’s board meeting. They’ll get a discussion. We’re hoping that it will be a tabling of the team performance review. But the review panel has always said that it’s more important to get this right than to be driven by a particular deadline,” Young said.

The Argus panel has interviewed more than 60 people from within the game and outside on the subjects of selection, the contract structure, coaching and domestic cricket.

”There has never been a more comprehensive or exhaustive look at Australian cricket,” Young said.

BCCI to use Zaheer judiciously