Ireland won the toss and elected to field.

Here are the playing XIs.

Ireland handed World Cup-bound Afghanistan a shock defeat in the 1st ODI as they crashed to a 72-run defeat against Ireland in Sunday’s one-day international. The 2nd ODI will be played at the Civil Service Cricket Club, Belfast on Tuesday with Afghanistan looking to bounce back.

Afghanistan‘s ICC World Cup 2019 preparations suffered a setback as they crashed to a 72-run defeat against Ireland in Sunday’s one-day international.

Chasing 211 to win in Belfast, Afghanistan were dismissed for 138 after losing their last six wickets for just 44 runs. Mark Adair was their chief tormentor with figures of 4/19, while Boyd Rankin took 3/40.

Afghanistan had given themselves a chance of a win as they bowled out the hosts for 210 after captain Gulbadin Naib won the toss and elected to field.

The visitors’ bowling attacked sought to use the seam-friendly conditions to make early in-roads.

The loss of James McCollum and the in-form Andy Balbirnie, both dismissed by Dawlat Zadran for four, had Ireland set back on their heels at 35-2.

Paul Stirling and William Porterfield stabilised the Ireland innings as the pair shared a 99-run third wicket partnership. Stirling (71 from 94 balls) continued his rich vein of form, having scored 77 and 130 in his last two innings.

Ireland captain Porterfield (53 from 83 balls) scored his second consecutive half-century after registering 93 in his last outing against Bangladesh last Wednesday. But Aftab Alam and Zadran each took three wickets to keep the Irish score down.

Tim Murtagh triggered Afghanistan’s struggles with the bat by taking the first two wickets and leaving the tourists on 19-2.

Afghanistan’s hopes faded when a fifth-wicket partnership between Asghar Afghan(29) and Mohammad Nabi (27) came to an end. 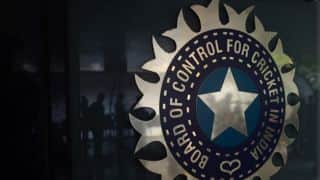 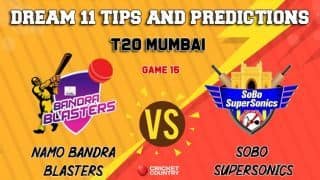