Bist reached the milestone in the 66th over of CZ's 2nd innings.

Robin Bist completed 4,000 runs on the fourth day on the the ongoing Duleep Trophy final being played at the Feroz Shah Kotla Stadium in Delhi. Bist had completed 34 runs from 84 balls when his career tally read 4,002 runs from 58 Tests, at an average of 48.80.

Central Zone resumed on the fourth day from their overnight score of 214 for the loss of four wickets, with Bist and Mahesh Rawat walking to the crease. Mahesh Rawat faced the first over of the day bowled by skipper R Vinay Kumar, sending the fourth delivery for a boundary towards the square leg boundary. The second over was a wicket-maiden bowled by Pragyan Ojha, who did the damage in the 66th over when he removed Mahesh Rawat for 16.

Central Zone finished at a score of 214 for the loss of four wickets at the end of play on Day Three. Robin Bist and Mahesh Rawat were unbeaten on scores of 26 and 11 respectively when the umpires took the bails off to call for stumps. Shreyas Gopal took two wickets for South Zone, conceding 43 runs in the process, while Pragyan Ojha and skipper Vinay Kumar took the other wickets, giving away 52 and 56 runs respectively. 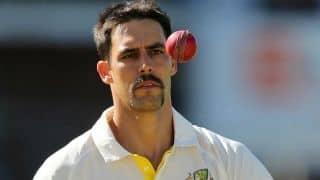