Dwayne Bravo said that India "is like his second home".

New Delhi: After creating waves with his track “Champion”, West Indies cricketer and singer Dwayne Bravo is excited as well as nervous over his singing debut in Bollywood via director Anubhav Sinha’s movie “Tum Bin 2”. “I’m nervous and excited at the same time. I hope the song becomes a bigger hit than my last single (‘Champion’). That’s the vision to constantly challenge yourself to do better with every inning,” Bravo told IANS over an e-mail interaction. Talking about the song titled ”Jager bomb”, the 32-year-old said: “The song is (also) being sung by Ankit Tiwari. I have Anubhav Sinha directing me. It’s a very fast paced number and we are shooting in a night club with the star cast of ‘Tum Bin 2’.” READ: Dwayne Bravo, Aaron Finch re-sign with Melbourne Renegades

In the song, the suave cricketer will be seen donning an Indo-Western ensemble, which will be designed by Indian designer Bhavesh Shah. “Tum Bin 2” features actors Neha Sharma, Aditya Seal and Aashim Gulati. The film is a sequel to “Tum Bin”, which released in 2001 and featured Priyanshu Chatterjee, Sandali Sinha, Himanshu Malik and Raqesh Vashisth. READ: Dwayne Bravo goes past 5,000 T20 runs during CPL 2016

Talking about his love for India, Bravo said the country “is like his second home”. “I love India to be honest. It’s like second home.” he added. The singer-cricketer is really fond of the Indian language, and also wishes to croon an entire number in Hindi. “I love Indian languages and I’d like to sing a complete song in Hindi at some point. I’m hoping to brush up on my Hindi on the flight on my way back to India,” said the West Indian all-rounder. 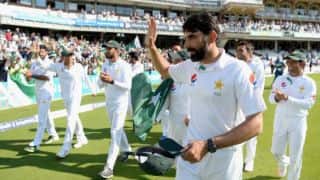