ENG vs IRE Dream11 Tips, 3rd ODI, Southampton: The series finale between England and Ireland will be played today. England have already sealed the series in their favour by winning the first and second ODI. They will be eyeing a clean sweep while Ireland would be hoping to return home with a consolation win today.

While England have recovered from potentially risky positions to post victories, Ireland haven’t been able to grab the chances coming their way despite a poor batting performance. Curtis Campher has been their star player and they tourists will again rely on him to put up a good show.

After Tests, limited-overs cricket has also returned post coronavirus-forced break. England, after a successful Test series campaign against West Indies, have now won a three-match ODI series with a game to spare. The matches are being played in a bio-secure environment as was the case with the Test series. All games to be played at the same venue – The Rose Bowl, Southampton.

“I think we’re blessed with a high calibre group of top-order batters, not only in the first XI but also sitting in the wings. Even the guys that will play this series, and the guys that are left out, will probably need some injuries to get call-ups,” England captain Eoin Morgan had said ahead of the series.

“… it’ll be this team’s greatest achievement if we manage to qualify for the World Cup. That’s the foremost aim. We’ve got a lot of tough cricket to play. For now, we have these three games which we didn’t think we would have. So, we’ve got to enjoy ourselves,” Ireland captain Andrew Balbirnie said. 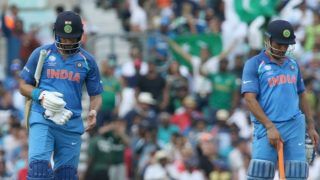