Stokes joined former England all-rounder Ian Botham in the club of 4000 Test runs and 150-plus wickets.

England stand-in captain Ben Stokes added another feather into his already illustrious cap as he achieved the rare feat of 150 wickets and 4000 runs in the longest format. During the third day of the first Test of series against West Indies at Ageas Bowl in Southampton, Stokes picked four wickets (4/49) to play a starring role in bundling out West Indies for 318 in the first innings.

Stokes’ third wicket was that of Alzarri Joseph and was his 150th wicket in Test cricket. He became the sixth cricketer in the history of the format to do the double of 4000 runs and 150 wickets.

Stokes became the second-fastest to do so as Sobers got to the feat in 63 Tests and Stokes took 64 matches to achieve this milestone.

Earlier, Stokes was named as England’s 81st captain after regular Test skipper Joe Root left the bio-secure bubble in Southampton for Sheffield for the birth of his second child.

Talking about the fourth Test, oe Denly (29), Dom Sibley (50) and Zak Crawley (38) helped England take a lead of 54 runs going into Tea on Day 4 of their first Test against West Indies at the Ageas Bowl in Southampton. Crawley is holding fort with captain Ben Stokes, who has faced 15 balls and is yet to get off the mark.

England lost Denly and Sibley in the second session of the day with Shannon Gabriel and Roston Chase claiming their wickets respectively on a day when the momentum slightly shifted towards the hosts’ corner. Sibley and Denly started the session with England on 79/1. 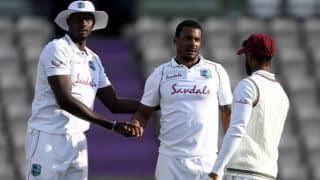 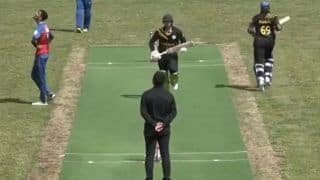