“England, a very good one-day unit,” McGrath told ESPNcricinfo. “To me they are the favourites going into this World Cup, so I think they’ll do very well.”

McGrath, who was part of the feted team that regularly beat England, observed the Three Lions under Eoin Morgan and Virat Kohli’s India are now sides that score runs throughout the 50 overs and that is due to the impact of T20 cricket.

“You’ve got to go on current form. The England team — the way they go about it, they have impressed me. They have scored some big, big totals. Most teams used to go hard in the first 15 and the last 15, and consolidate in the middle. But teams like England, India are just going hard the whole 50 overs, and that’s the impact T20 cricket has had.

“They are the favourites and are going to be tough to beat in their own conditions, but fingers crossed, Australia can do well,” McGrath said.

On Australia led by Aaron Finch, McGrath said they are likely to play the final.

“South Africa are always a good team, West Indies are bit of a dark horse — they can play really well or badly, probably similar to Pakistan. So it’s going to be an interesting World Cup. England and India are tough to beat, but with Australia’s form, I think we’ll see them make the final.

“I was a little bit concerned how Australia were going to go, but their form of late has really impressed me. They’ve performed really well in conditions that are not suited to them, so that bodes well for their chances. I’d like to think that they’ll make the finals. India are a quality one-day unit as well. They’ll be in the running,” he said. 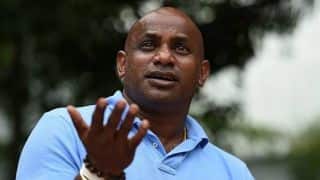