Pietersen mentions several reasons for their poor show in Australia during the tour.

Kevin Pietersen on Monday claimed that he has moved on from the decision that England took to end his international career, saying that the English dressing room was not a happy place to be during the disastrous tour of Australia, where they were blanked 5-0 in the 2013-14 Ashes.

Pietersen wrote in his column in The Telegraph, “I will have no anger, no negative thoughts whatsoever when England walk out without me at Lord’s on Thursday to play their first Test since the winter. I wish my friends in the England team well. I have moved on from the England and Wales Cricket Board’s decision to end my international career and have put things in perspective.”

He added, “Fourteen years ago, I was an off-spinner from Pietermaritzburg who did not know where his life was going. I had a notion that I wanted to make a life in England but had no idea if I would succeed. Now I have played 104 Tests, batted at all the best grounds in the world and been lucky enough to score hundreds everywhere. Could I play more Test cricket? Yes of course, but should I sit here thinking I should be playing on Thursday? No, because that is when jealousy and negative thoughts come into your head.”

Pietersen said he spoke with his family about his performances and it really helped him. “I am grateful for what I have had and moved on with my life. I have scored 13,500 international runs for England and it would be greedy to want more, so I am at peace with everything. It took only a couple of conversations with my family to start thinking this way because of how much I really did not enjoy the winter,” he wrote.

Pietersen said the England dressing room was not at all a happy place, and mentioned several reasons for their poor show in Australia during the tour last year.

“In fact, it has been a relief to be out of the dressing room because it was not a pleasant place in Australia. We were losing and in my opinion the environment was poor and I was not alone in thinking that. It is a view shared by a number of the players who have spoken their minds since coming back from the tour. Now I have had time to reflect on the winter it is clear to me that back-to-back Ashes should never happen again. It was really hard for the England team to go to Australia and defend the Ashes just weeks after winning at home. As soon as we arrived the Australian media turned the heat up on us. I have had that for years so it did not bother me. It was fun. But for other players you could sense it was a problem. The senior players were tired and it soon became a really long grind against an Australian side that had their backs up in their own country,” he said.

Pietersen said even though England won the Ashes 2013, the margin of 3-0 did not really indicate how hard the series was, and acknowledged that Australia came close to winning few times.

He said, “Australia knew they came close to winning here. The 3-0 defeat last summer was not a true reflection of that series in terms of the way they played their cricket and we played ours, so I knew it was going to be a tight return contest and we were not equipped to handle it.”

Expressing his thoughts about the Ashes Down Under, Pietersen said, “Mitchell Johnson was sensational on those pitches and he was handled brilliantly by Michael Clarke. Even if he picked up a wicket in his third or fourth over of a spell, Clarke would take him off and save him for later in the day. It was brilliant captaincy. Johnson’s bowling was the best and most aggressive I have seen during my career, and I told him so at the end of the Test series when we shared a beer.”

The South African-born cricketer claimed that the fallout between him and Andy Flower was also one of the core reasons. “By then I thought that Andy Flower wanted me out. After the Sydney Test, a headline came out claiming Flower had said to the ECB it was either ‘him or me’. He denied saying that but the damage was done.”

Pietersen continued, “But my relationship with the other players was fine. We had an incredible tour on and off the field. I was helping all the bowlers out with their batting, and the night we lost 5-0 we were all having a drink in the bar together with our wives and girlfriends, which proves all was OK between us and still is.”

“I have no issue with the players, as many have said in interviews since the tour ended. I speak to Stuart Broad and I even organised for Graeme Swann to go on holiday to one of my friend’s hotels after he retired.” 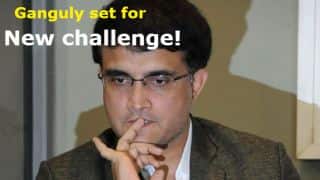 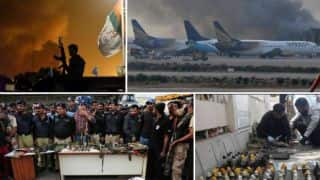