Former England off-spinner Graeme Swann on Wednesday backed England to win the 2019 ICC Cricket World Cup. England, who have made it to the finals of the World Cup thrice 1979, 1987, 1992, are yet to win the tournament since it was first played in 1975.

The Eoin Morgan-led England side are the number one-ranked ODI side in world cricket and with the World Cup 2019 to be played in their backyard, many experts have picked them as the favourites to lift the trophy.

“For the first time in a long time I’m very confident about England’s chances going into a World Cup,” Swann was quoted as saying Yahoo Sport UK.

“The sky is the limit when these blokes’ bat they think 400 is a very distinct possibility rather than a pipe dream. They are feared around the world because of it,” added Swann. (ALSO READ: Herschelle Gibbs picks India and England favourites for ICC World Cup 2019)

“Anyone who has come to England in the last few years might win the odd game, but you don’t win many series in England in one day cricket,” continued the off-spinner.

“They have got a fantastic leader. Eoin Morgan is the most impressive of the world’s one day captains. He is the right man to lead this team and potentially win the whole thing.” (ALSO READ: Top-ranked England play like No 2 and we’re chasing somebody: Eoin Morgan)

Swann, who was a part of England’s 2010 ICC World Twenty20 Championship-winning squad, highlighted that Moeen Ali and Adil Rashid will be crucial to England’s chances.

“The spin bowling is very strong,” he said before adding, “Rashid and Ali over the last couple of years they are happy with the white ball. They are visibly happy.”

“As a partnership they have won a lot of matches for England over the last two years. I don’t see many weak areas for England now,” said Swann. (ALSO READ: England’s fast-bowling stocks competitive ahead of World Cup: Chris Woakes)

With England playing the hosts, Swann said it is their best chance to clinch the coveted trophy for the first time.

“The World Cup coming to England is brilliant, with the best teams from all over the world playing. A World Cup in any sport is always a great occasion when it comes to your shores,” said Swann. (ALSO READ: Jofra Archer could enhance England’s World Cup squad: Nasser Hussain)

“What makes it more exciting this time round is that England are genuine favourites to win in my eyes. If they can play as well as I hope they can we could be seeing an England victory for the first time in a 50-over World Cup,” he added.

“With 100 days to go before the World Cup starts I think it’s important we go the length and breadth of the country, getting as many people as possible to see this trophy and spread the word the World Cup is coming, and England have got a shot of winning it!” concluded Swann. 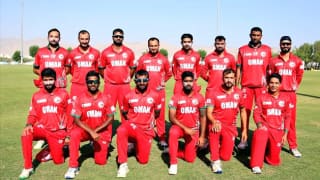 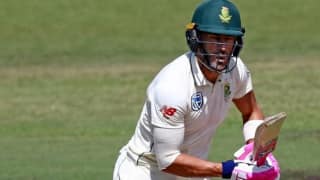 We need to be better to beat Sri Lanka: Faf du Plessis