England Lions‘ winless tour of India has been extended with a fourth successive one-day loss to India A, this one by six wickets on Tuesday at Trivandrum’s Greenfield Stadium. Chasing a target of 222 after Shardul Thakur‘s four-wicket haul kept England Lions to 221/8 in their 50 overs, India A won in the 47th over.

Rishabh Pant and Deepak Hooda put on 120 for the fifth wicket to complete the successful chase. Pant finished 73 off 76 balls, Hooda on 47 from 47.

Sam Billings won his second toss of the series and opted to bat, but once again the visiting team struggled to put up a sizeable total. Shardul took out the openers Alex Davies (15) and Will Jacks (11) inside nine overs and the loss of Sam Hain and Ben Duckett to Rahul Chahar and Avesh Khan respectively left England Lions at 55/4.

READ MORE: India A crush England Lions to go up 2-0

India A’s chase started with the dismissal of Rituraj Gaikwad off his first ball faced, giving Lewis Gregory an early wicket. KL Rahul made 42 off 77 balls while adding 59 with Ricky Bhui (35 off 42) for the second wicket, and then Ankit Bawne (14) also fell. From 102/4 in the 28th over, India A were taken home by Pant and Hooda.

Pant launched Danny Briggs for six in the 46th over to move from 49 to 55, and two sixes and a four off Matthew Carter in the next over sealed victory. 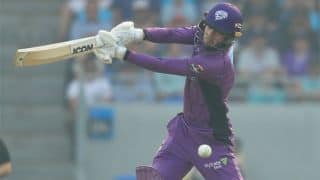 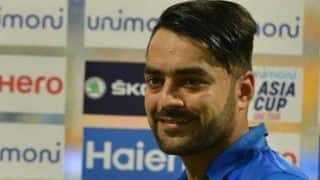