ENG vs AUS, 2nd Test, England vs Australia LIVE streaming: Teams, time in IST and where to watch on TV and online in India

ENG vs AUS, 2nd Test, England vs Australia LIVE streaming: Teams, time in IST and where to watch on TV and

What: England vs Australia, 2nd Test

On TV: Sony Network (in India)

Joe Root and co had a tough time in the 1st Test. If a defeat was not enough, they also lost the services of injured duo of James Anderson and Olly Stone. Jofra Archer will make his Test debut at Lord’s. Joe Denly and Sam Curran will vie for a place in the playing XI. Denly could get one more chance and might keep his place.

The visitors included Josh Hazlewood and Mitchell Santner in the 12-member squad. James Pattinson has been rested for the Lord’s Test but he will make a comeback during the series. Out of Starc and Hazlewood, the latter is expected to get the nod. Starc hasn’t been in best form with the red ball off late. He will have to wait for his chance in the series. 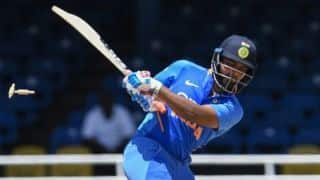