STUMPS ON DAY ONE! England 271/8. What a cracking day of Test cricket! We fell short by 8 overs to the allotted one but those 82 bowled were nothing short of exhilarating! Once again Jack Leach has shown his mettle with the bat and has partnered Jos Buttler to the full of his ability. This 9th wicket stand is currently worth 45 (off 68 balls) and it has saved England from an embarrassment of bundling out quickly in the last session.

Over 70.4: OUT! Regulation catch for Tim Paine as Josh Hazlewood removes Jofra Archer! England eight down. Hazlewood hurls in a length ball close to off, Archer tries to play the line but the ball straightens a bit to catch the outside edge. Tim Paine makes no mistake and there are no heroics from Archer with the bat.

Over 65.5: Mitchell Marsh on a roll at the Oval! He scalps his fourth wicket as Chris Woakes gets out for 2. England seven down.

Over 63.6: SIX DOWN! Third wicket for Mitchell Marsh as England lose Sam Curran for 15. Edged and taken. One shot too many by Curran.

Over 59.4: Jonny Bairstow is out. LBW! Bairstow opts for a review but in vain. That one is hitting middle and leg and one must say, a very good decision by umpire Marais Erasmus. Marsh bowls a beautiful reverse swinging yorker which hits Bairstow right on the bottom of his pads. Umpire Erasmus doesn’t take much time in adjudging him out after the loud appeal from the Aussies.

Over 56.1: GONE! Pat Cummins disturbs the timber! Joe Root departs soon after tea interval. Second wicket of the match for the Australian speedster. Root is finally gone and it looks like he is almost in disbelief. Cummins gets Root for the third time this series and the 7th overall – most against any batsman!

Over 39.5: THREE DOWN! Mitchell Marsh gets Ben Stokes out for 20. Another wicket out of the blue. A short ball, outside off, Stokes looks to pull but seems like the ball never arrived.

Over 30.5: WICKET! Rory Burns is out of here! Just 3 runs short of his half ton! This is short of a length ball on the off pole line by Josh Hazlewood, Burns looks to pull this one but gets a top edge on that one. It loops up in the air and goes towards short mid-wicket where Mitchell Marsh takes an easy catch. Burns is not as lucky as his skipper Root and he has to go back to the dugout.

Over 25: LUNCH! So some luck and resolute batting under grey skies has seen England reach 86/1 at lunch

Over 22.2: DROPPED AGAIN! Joe Root is a lucky man as he has been dropped twice in the space of two successive Pat Cummins over. This time the culprit is Australia captain Tim Paine who leapt to his right for a one-handed catch but couldn’t hold on. Root was on 25. Score 79/1

Over 20.2: DROPPED! Peter Siddle has dropped an easy catch at long leg to give England captain Joe Root a life on 24. Score 72/1

Toss: Australia have won the toss and opted to bowl first

After retaining the urn in an emphatic manner in the fourth Ashes Test at Manchester, Australia will be hungry to create history and seal their first Ashes series win in England since 2001 as the tourists look to inflict more pain on England in the fifth and final match at the Oval on Thursday.

Tim Paine’s men saw off the ICC World Cup 2019 champions at Old Trafford on Sunday to take a 2-1 lead in the five-Test series.

In their bid to salvage some pride and give coach Trevor Bayliss a fitting farewell, England have to find a way to stop the Steve Smith juggernaut. The former Australia captain has been phenomenal on Test return. He has scored 671 runs in just five innings at an astonishing average of more than 134.

However, David Warner’s form remains an issue. The left-handed batsman has been in awful form scoring just 79 runs. Add to that, Warner has struggled to find an answer to the new ball, particularly against Stuart Broad. He has managed just one double-figure score (61) in eight innings with ducks from each of his last three starts. Another key element that has helped Australia in the series has been their bowling attack. Josh Hazlewood and Pat Cummins have pocketed 42 wickets between them.

England’s story in contrast is unworthy of praise and it starts with the captain Joe Root, who has been off colour in comparison to his own standards. Barring his 71 in Manchester (4th Test), 77 at Leeds (3rd Test) and 57 at Birmingham (1st Test), Root has failed to convert his starts. His leadership abilities too have come under the scanner with many England legends, including Geoffrey Boycott questioning his captaincy. 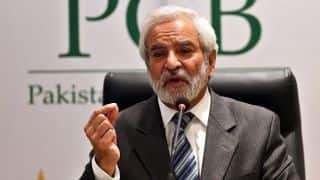 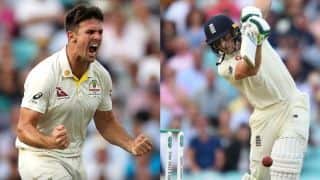