Apart from James Anderson, the other bowlers to have taken 600 or more Test scalps are Muttiah Muralitharan (800), Shane Warne (708) and Anil Kumble (619).

James Anderson on Tuesday (August 25) made history by becoming the first fast bowler to take 600 wickets in Tests. Anderson achieved the feat when he dismissed Azhar Ali on Day 5 of the Southampton game between England and Pakistan.

Anderson began the third Test in Southampton on 593 wickets and bowled brilliantly, claiming a five-wicket haul in the first innings. He then faced an anxious wait while stranded on 599.

The frustration grew as Anderson saw four catches dropped off his bowling.

However, he finally reached the landmark with the wicket of Azhar – getting some extra bounce and Joe Root doing the rest at slip.

Following the first Test against Pakistan, when Anderson returned match figures of 1-97, he rubbished rumors of retirement and confirmed that he’s here to say.

“We are witnessing true greatness,” said Michael Vaughan, who captained Anderson in 21 Tests.

“I never in my wildest dreams thought 17 years later we’d be talking about him getting to 600.”

The pacer was also the first Englishman to 500 Test wickets. A month back, Stuart Broad followed in the footsteps of his new-ball partner Anderson, who had reached the milestone against the Windies at Lord’s in 2017. Interestingly, both the bowlers dismissed the same batsman — Kraigg Brathwaite — to join the elite club. 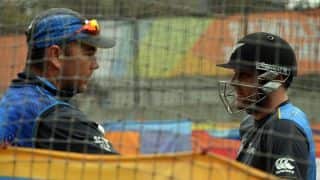 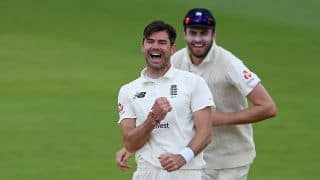