Pakistan Women will play against England Women in the third ODI at County Ground in Taunton on Monday.

England Women will play against Pakistan Women in the third ODI at County Ground in Taunton on Monday.  Catch the live cricket streaming of the ENG Women vs PAK Women match on SkySports.com. Pakistan Women are currently losing the series by 2-0. The last match was won by England by huge margin of 212 runs. The first ODI took the hosts England off to an important 1-0 lead as they won by 7 wickets and 109 balls to spare. Although, Pakistan Women have already lost the series, this match is important for them to take confidence into the T20 series that follows. The 3-match T20 series will begin on July 3. LIVE CRICKET SCORECARD: England Women  vs  Pakistan Women, 3rd ODI match at Taunton

In the last match Pakistan Women were comprehensively beaten as England scored a 378-5 in their 50 overs. Lauren Winfield and Tammy Beaumont, both scored centuries for the hosts. They put on 235 runs for the first wicket. Natalie Sciver then came in the middle order and scored 80 as well. Anya Shrubsole was the pick of the bowlers for England as she took figures of 4-19. Beaumont received the Man of the match award in what was a clinical performance by England. They completely outclassed the Pakistan team.

For Pakistan Women, Maham Tariq took 2 wickets in the last game. Bismah Maroof did score 61 off 81 balls, but it was too late then and she was running out of partners from the other end as well. Pakistan Women will have to come back strong in today’s fixture and give a fight in what has been a pretty one-sided affair so far. Sana Mir will lead the Pakistan Women side, whereas Heather Knight will lead the England team. 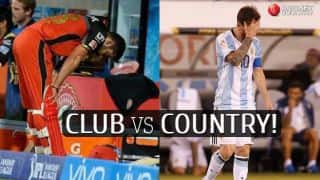 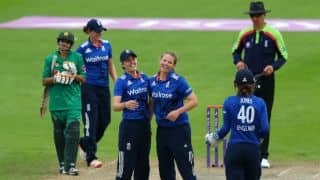