England's limited-overs captain, Eoin Morgan, thinks his chances of returning to Test cricket seem remote, as he has been greatly involved playing white-ball cricket of late.

England‘s limited-overs captain, Eoin Morgan, thinks his chances of returning to Test cricket seem remote, as he has been greatly involved playing white-ball cricket of late. Under Morgan’s captain, England reached the final of ICC World T20 2016. Given England’s poor show in ICC Cricket Word Cup 2015, Morgan’s show of character in the last year has been incredible. As many wrote them off, they were not even contention; and to reach the final was an excellent achievement. He was also a part of Sunrisers Hyderabad (SRH), who were the eventual winners of Indian Premier League (IPL) 2016. All in all, Morgan has had a successful year so far in limited overs so far. Read: ICC announces schedule for ICC Champions Trophy 2017

“I would have to cut back my white-ball commitments. And at the moment I don’t see it happening because of what’s happened for me in white-ball cricket in the last year,” Morgan told Cricbuzz when asked about his chances of returning to Test cricket.

“I don’t play a red-ball game until August, so at the moment it’s not at the forefront of my thinking. I average about three or four games a year, for the last six years, so playing it and actually focusing on it when you look at the amount of white-ball cricket I play can be difficult.”

Morgan believes the current England team is capable of achieving many heights. “There is a huge opportunity to take this England side forward. Even if I’m not captain in the future, with the crop of players we have at the moment I still believe we could do something special. And that for me in my career at the moment is my priority.” Read: Trevor Bayliss backs Nick Compton and Steven Finn to regain form

“I remember the first time I went to Australia in 2010-11, the guys who had been there previously all had stories about going there, but a lot of them were bad stories. They had not won over there. The experience of copping it everywhere—out in the crowd or out and about—rubbed off.”

Morgan stressed on the fact that the young guns from this ever-improving English side are always itching to improve their game. “The big thing that’s changed is the attitude. The will to always want to be better. It’s quite easy for a side, when you do well against strong teams, to sit back and reflect on how good you are as a side. But the will to improve in the side is something different that I’ve experienced in the last 12 months as opposed to the last six years. That’s the thing that’s changed for me. The character has changed with the personnel. A lot of the guys in the side now are extroverts, but that’s just coincidental,” he added. Read: England need to improve to attain No. 1 spot in Tests, says Trevor Bayliss

England cricketers have been indulged in playing as well as mastering the 40-over game. “The 40-over league has a lot to say for itself. And the manner it was played. In 50-over cricket you often used to have a lull towards the back end for rebuilding. But in 40-over cricket you don’t have that. You just keep going. If you lost wickets you might rebuild for five overs. But you kept going. A lot of the guys in the team are products of that competition. It’s not just T20 cricket that contributes. It’s 40-over cricket as well,” he concluded. 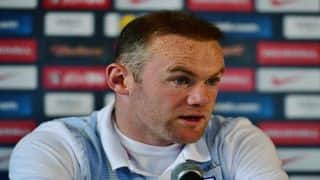 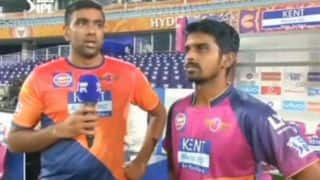