Even Sachin Tendulkar scored just 50 runs in 150 balls, there is nothing wrong in batting slow: Cheteshwar

Despite being India s premier batsman in Test cricket, the public perception that Cheteshwar Pujara bats too slow and doesn t have many shots led to him being dropped for the first Test against England in 2017, but after two away series and good amount of runs – albeit in a slow manner – the Saurashtra batsman has thrown that perception out of the window. (ALSO READ: Cheteshwar Pujara reveals the best sledge from an Australian player)

The top-order batsman believes that he bats according to the situation and even an attacking and dominating player like Sachin Tendulkar also batted in that manner when the situation was such, and there is nothing wrong in that. (ALSO READ: Pujara bats and bats, and then bats some more, to give India advantage)

If you see Rahul Dravid, Sachin Tendulkar, VVS Laxman, they have been very classical, Pujara told the Times of India. Obviously Tendulkar was a different player, he liked to dominate, but there have been other players who have played Test cricket the way it has been played. Even Tendulkar, when the situation demanded, has scored just 50 runs in 150 balls, so there is nothing wrong in that. You just need to understand what situation you are playing in and bat accordingly. (ALSO READ: Gritty Pujara keeps India alive at Adelaide)

Pujara also said that after the tour of Australia, fans have also understood what is required to to well in the Test cricket and have started appreciating his way of batting. (ALSO READ: Pujara reiterates value of thrift and circumspection)

People have realized what s required to perform well in Test cricket. People started appreciating the way I was batting, not just the Indian team management, he said adding, Everyone has realized that there are different methods of playing this format. And because of white ball cricket, there ve been players who ve been playing many shots … they ve been very aggressive. I still respect that. When talk about intent and strike rate was going on, I just kept believing in myself, in my ability. I actually don t get worried about what people are saying. Sometimes you just need to do the right thing for the team. (ALSO READ: Pujara s impact monumental in India s maiden series win in Australia)

Pujara was the cornerstone of India s first-ever series win in Australia scoring 521 runs at an average of 74.42. His strike-rate was just 41.41 but he consumed a whopping 1258 balls in the series. the next best was 684 balls faced by Indian skipper Virat Kohli. 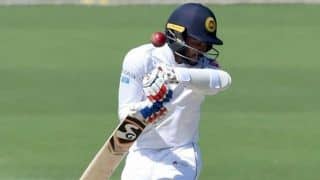 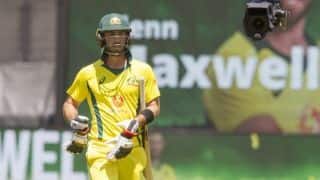