With the series already sealed, India made three changes to to their playing XI with Ravindra Jadeja rested for Chahar

Rajasthan leg-spinner became the 81st T20I player for India when he was handed his cap in the third and the final T20I against West Indies at Providence Stadium, Guyana on Tuesday.

With the series already sealed, India made three changes to to their playing XI with Ravindra Jadeja rested for Chahar, while his cousin Deepak Chahar also got a game in place of Khaleel Ahmed. The tour of West Indies was Rahul’s first India call-up.

After having an impressive season 13 wickets in as many games at an average of 23.69 and economy rate of 6.55 with Mumbai Indians (MI) in the Indian Premier League (IPL) 2019, Rahul had earned his maiden India call-up after he was picked in the 15-man squad for the three-match T20I series against West Indies.

The 19-year-old leg-spinner played ahead of Mayank Markande as MI became the first team to win four IPL titles. While Jasprit Bumrah and Lasith Malinga were pillars of MI s win over Chennai Super Kings in the final, Chahar kept the things tight and returned with the figures of 1/14 in the summit clash.

Such was his showing that the legendary Sachin Tendulkar praised him after the IPL 2019 final, saying, Rahul Chahar stands out. I shared my opinion (with Mahela) before he played his first game and I thought he was fabulous. Sixth to the 15th over, he bowled with a slip there and that was some real quality bowling in a crucial match.

Following IPL, in May this year, during the two-match series against Sri Lanka A in May, Rahul scalped 14 wickets and played a pivotal role in India A s series win.

He then picked two wickets each in the first and second unofficial ODIs of the five-match series against West Indies A.

The Rajasthan cricketer enjoys an impressive First Class record, with 63 wickets across 14 matches and 27 innings at an average of 26.44. In List A cricket, Rahul has 42 wickets in 24 matches, with the best figures of 5/29. In 26 T20s, the youngster has 27 wickets against his name. 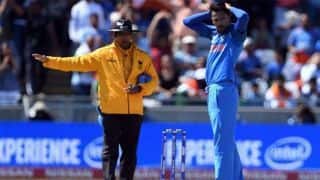 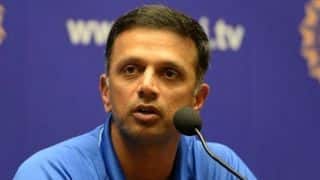