Evin Lewis deprived Sachin Tendulkar of a record albeit an unwanted one.

22 balls were left in the innings, and Evin Lewis was 24 runs away from becoming the second West Indian and the sixth overall to score a double-century in men’s ODIs. Jason Holder and Lewis were going bonkers in the death overs, leaving England clueless. Bowl short and Lewis dispatched it over the boundary. Bowl full and Lewis feasted on it. If the bowlers got the yorker wrong, Lewis can wallop those low full-tosses as well. What length to hurl?

Jake Ball went for the yorker, accepted as the safest length at that moment if the man on strike is anyone other than AB de Villiers. Lewis, in order to protect his defence, managed to get an inside-edge. He survived, but the ball hit his ankle. He fell down. The pain was unbearable. The look on his face expressed the agony he was in. He was soon taken on the stretcher to nurse his leg, retired hurt on 176, his highest score in ODIs and the highest score by anyone to retire hurt in an ODI.

In the process he deprived Sachin Tendulkar of a record albeit an unwanted one. Here is the list:

This was Lewis second ODI ton. His first had come against Sri Lanka, in his fourth match. He had blasted 148 at a strike rate of 121.3. 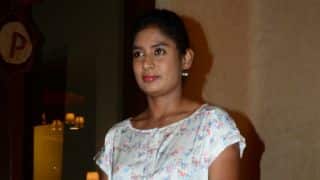 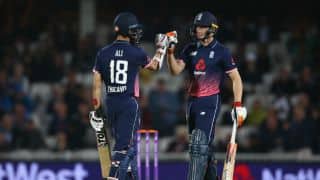