Ex-England Spinner Backs Rishabh Pant as India's Future Captain, Says 'He is a Mix of MS Dhoni And Virat Kohli'

Ex-England Spinner Backs Rishabh Pant as India's Future Captain, Says 'He is a Mix of MS Dhoni And Virat K

India Captain: Swann reckons age is one factor that does not work in Rohit's favour, whereas that is not the case with Pant.

Dubai: Rishabh Pant over the past two seasons has grown as a cricketer and is now a force to reckon with at the international stage. Ex-English spinner Graeme Swann hailed Pant and predicted that he would be the future captain of India. Claiming that he is a mix of MS Dhoni and Virat Kohli, Swann said Pant can lead India for a good decade.

“Might be, but not for me (On Rohit being the next captain). You have to look to the future. I think India has a captain in waiting for the next 10 years. You know who I’m talking about, it’s Rishabh Pant,” Swann said on Cricket.com.

He added: “He did a great job in Delhi, he is very level-headed and he seems like a sort of a mix of MS Dhoni and Virat Kohli. He’s very level-headed like MS Dhoni, but he’s got a bit of spirit about him, like Virat. Like how he laughs and giggles and is chirpy behind the stumps.”

Swann reckons age is one factor that does not work in Rohit’s favour, whereas that is not the case with Pant.

“The only reason I’d say not Rohit Sharma is the age difference. With Rishabh Pant, you’ve got someone there for the next 10 years, whereas Rohit has been around a lot already. Rohit is a brilliant skipper, we know that, and he’s done the job for Mumbai, so if he should take over, you’ve got a ready-made skipper. But if I were India, I’d think long-term and go for Rishabh Pant,” added the former off-spinner.

Meanwhile, Rohit Sharma will take over the captaincy duties from Virat Kohli in the T20 format from the New Zealand series with the first T20I scheduled to be played at the Sawai Mansingh Stadium, Jaipur starting November 17th. 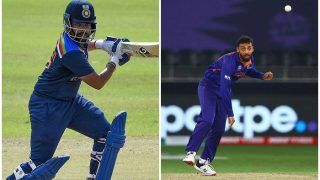 Ind vs NZ 2021: Prithvi Shaw, Sanju Samson to Varun Chakravarthy; Top Stars Who Missed Out on Being Part of Rohit Sharma-Led India 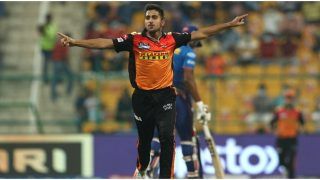