This will be Gul's first coaching assignment in international cricket after serving as the bowling coach of Quetta Gladiators in the 2021 season of the Pakistan Super League (PSL).

Dubai: Former Pakistan pacer Umar Gul on Wednesday has been appointed as the new bowling coach of Afghanistan. Gul’s first assignment will be Afghanistan’s upcoming limited-overs away series against Zimbabwe in June.

This will be Gul’s first coaching assignment in international cricket after serving as the bowling coach of Quetta Gladiators in the 2021 season of the Pakistan Super League (PSL).

Former Pakistan right-arm fast bowler @mdk_gul has been named as the new bowling coach of our national man’s cricket team. He will step up into the role ahead of the upcoming limited-overs away series against @ZimCricketv.

Afghanistan Cricket Board (@ACBofficials) May 25, 2022

Gul was roped in by the Afghanistan Cricket Board (ACB) as its bowling consultant during the side’s training and preparation camp at Abu Dhabi in April. His former Pakistan team-mate Younis Khan had joined in as batting consultant for the camp.

“The Pakistani veteran worked with the fast bowlers in our national line-up and considering his effectiveness in the camp as well as based on the need, it was decided to offer him a permanent contract as the national team’s bowling coach,” said the ACB in an official statement.

He was a member of the Pakistan team winning the 2009 Men’s T20 World Cup in England apart from being the leading wicket-taker in Pakistan’s run as runners-up, picking 13 scalps at an average of 11.92 and economy rate of 5.60.

Afghanistan departed for Zimbabwe on Wednesday afternoon, where they will play three ICC Cricket World Cup Super League ODIs and as many T20I matches from June 4 to 14 in Harare. 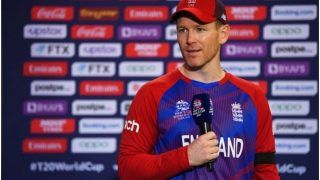