The Adelaide Oval is special for Du Plessis, who scored his maiden Test century on debut in 2012.

South Africa captain Faf du Plessis wants his batting department to be more clinical as the tourists gear up to face a troubled Australia side in the second one-day international at Adelaide on Friday.

South Africa won the first ODI at Perth by six wickets after Andile Phehlukwayo snapped three, while Dale Steyn, Lungi Ngidi and leg-spinner Imran Tahir picked two apiece as Australia were skittled out for 152 in 38.1 overs. South Africa chased down the target with 124 balls to spare but lost four wickets in the bargain.

With only ODI left at the Carrara Oval, Queensland on November 17 after the Perth ODI on Friday, Du Plessis hinted that his side may make some changes with allrounders Chris Morris and Dwaine Pretorius as options. Left-arm wrist-spinner Tabraiz Shamsi could also get a look-in with drop-in pitch conditions at Perth.

“It was a great start for us,” Du Plessis told reporters on the eve of the second ODI on Thursday.

“I would have liked us to be more clinical in making sure we won that game with eight or nine wickets in the shed after the great start we had with the bat. They bowled well and there was assistance in the pitch. For this game we are still looking at combinations,” he said.

“The obvious thing would be to play the same team, but we are constantly thinking of how we can get guys more experienced for the World Cup and to fine-tune that perfect balance we are after.”

The Adelaide Oval is special for Du Plessis, who scored his maiden Test century on debut in 2012.

“I love coming to Adelaide. This ground is probably my favourite in the world when it comes to playing cricket. I have some extremely good memories, Adelaide and Newlands are my two favourite grounds. It was a great debut for me,” he said.

Adelaide was also the venue where Du Plessis was embroiled in controversy after TV footage showed him applying saliva to a ball with mint in 2016.

“The next time I came back there was a big build-up to that Test match with ‘mintgate’. That was a different way of handling pressure, there were a lot of eyes on me during that build-up, it was my character that was tested throughout that week. Getting through that, personally was great for me, it showed the resilience of my character, that was good to learn about my own personality,” he said.

“Mentally, it will be key for me to make sure I am switched on for the game tomorrow. I will fall back on the past success that I have had and hopefully it will be a good day for the team as well.”

The second ODI between Australia and South Africa will begin at 8.50 am IST. You can follow all the live updates here. 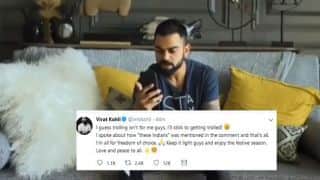 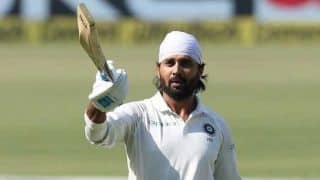