Expect Sridhar would have kicked my butt in interview: Jonty Rhodes

Expect Sridhar would have kicked my butt in interview: Jonty Rhodes

Rhodes revealed he knew his fate, admitting his interview went nowhere near as good as Sridhar's.

Having missed out on a golden opportunity to become India’s next fielding coach, Jonty Rhodes revealed that he was, in a way, aware of losing the race to current coach R Sridhar.

Rhodes, one of the applicants for the role of India’s fielding coach, was not among the three candidates that were shortlisted by the BCCI’s selection committee on Thursday headed by MSK Prasad. The names that were announced were current coach Sridhar as the No. 1 choice, followed by Abhay Sharma and T Dilip.

Under Sridhar, fielding has become a non-negotiable asset to get into the Indian team, hence it’s no surprise that he is set to be re-appointed for another term. As for Rhodes, the former South Africa cricketer revealed he knew his fate, admitting his interview went nowhere near as good as Sridhar’s.

“I am sure my interview was not as good as the one with the incumbent coach because he has been there for the last couple of years. Players have definitely worked with a plan. And you can see the progress as it just doesn’t happen. I am expecting that from an interview point of view he kicked my butt,” Rhodes said.

The fact that Rhodes applied for the position in the first place stems out of his love for India. In 2015, Rhode’s wife Melanie gave birth to their daughter in Mumbai, who was named India Rhodes. Considered widely the best fielder to ever play the game, Rhodes, was in the middle of his sting with Mumbai Indians a team he has been associated with for nine years when he became a father.

The experience of having worked with Rohit Sharma, Hardik Pandya and Jasprit Bumrah, is what gave Rhodes the surety to go ahead and apply for the job as India’s fielding coach.

“As a fielding coach I did a couple of years of coaching with the South African team till the 2007 World Cup. Since then, I have only worked in India. I am way more familiar with the cricketing set up in India than I am in South Africa,” he said. 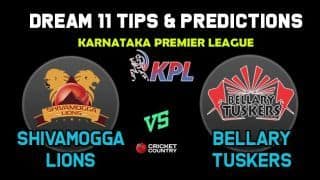 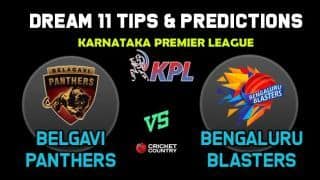