A total of 14 candidates for the position of batting coach, 12 for bowling coach and nine for fielding coach were interviewed during the four-day process.

Incumbent Sanjay Bangar is all set to lose his job as India s batting coach after chairman of selectors MSK Prasad announced former opener Vikram Rathour for the post, according to the recommendations made by the selection committee after the four-day interview process concluded at the BCCI headquarters in Mumbai on Thursday.

The 50-year-old Rathour has played 6 Tests and 7 ODIs in 1996. “Vikram Rathour has got enough experience and we are convinced with his skill sets (as a coach). We will ask him to declare if he has any conflict,” BCCI CEO Rahul Johri told reporters.

“The team management had their own views but looking ahead, we felt there should be some freshness in the support staff,” Prasad said.

Bangar, who s position has come under the scanner specially after being unable to find a solid No. 4 batsman in the limited-overs format, was second on the list. Interestingly, former England batting coach Mark Ramprakash has been named as the third candidate in order of priority.

Former India physio Nitin Patel, currently with Mumbai Indians, has to fill in the boots left vacant by Patrick Farhart, who left the side after four years.

Girish Dongre, Venkatesh Rajagopalan and Anand Yalvigi have been named for the posts of the Administrative Manager.

During the press conference organised to announce the recommendations, Prasad informed that the other two names from the batting, bowling and fielding lists, will be sent to the National Cricket Academy (NCA) in Bengaluru where NCA head Rahul Dravid will decide if he wants to use their services. 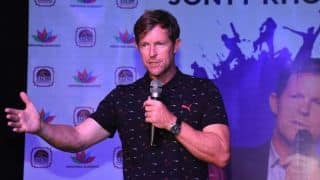 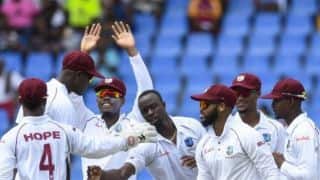