South African skipper Faf du Plessis does not believe that JP Duminy's Test career is over, but he has hinted that the southpaw had a lot of hard work to do in order to regain his place in the side.

South African skipper Faf du Plessis does not believe that JP Duminy’s Test career is over, but he has hinted that the southpaw had a lot of hard work to do in order to regain his place in the side. South Africa lost the first Test at Lord’s and then levelled the series with a thumping comeback at Trent Bridge. Duminy, who has played 46 Tests, has been sent home from the tour. When asked about Duminy’s comeback in the five-day format, du Plessis sounded uncertain. ALSO READ: Real darkness loomed over South Africa s Test team when I took over captaincy, says Faf du Plessis

“If he wants to he s got a long way back,” du Plessis said as quoted in cricket.com.au. “Thenius de Bruyn will be our next in batsman now and then we ve got Aiden Markram, who s a young exciting batsman.”

Faf, however, mentioned that one shouldn’t “write off a player”.

“One can never write off a player. (Duminy) will have to decide if he wants to fight his way back into the Test team or if he just wants to focus (on) playing white-ball cricket for South Africa. That s a decision that he would have to make. But a player of JP s quality, if he wanted to come back and put in the performances there s still a way back for him,” he added.

Duminy scored only 15 and 2 in the Lord’s Test that South Africa lost. Stressing further on sending back Duminy from the tour, Faf mentioned, “JP, as I said when he got let out of the team, it was purely from a performance point of view and he was the first to understand that his performances over the last while haven t been there. And with us having an extra guy in the squad and a youngster in Aiden Markram, it s just an opportunity for him to learn now and get some valuable information and obviously tap into some of the senior guys in the team and see how we prepare and how we play. JP was going to be the next batter after the next batter. So (we) just saw it as a nice opportunity for Aiden to get a huge learning on this tour behind him.”

Markram, 22, has 5 First-Class hundreds from 31 games and has also led South Africa at the Under-19 level. De Bruyn has already played Test cricket and has shown enough promise. Duminy, who has been a mainstay for many years, has not done justice to his talent in the longer format averaging just under 33. 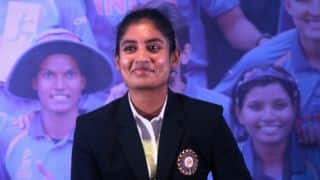 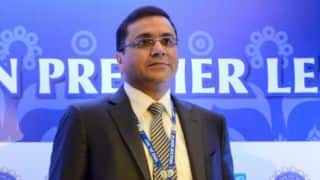