Behardien appeared in just one ODI match during the final match against India in a six-match series , which the visitors went on to win by 5-1.

Johannesburg [South Africa]: South African middle-order batsman Farhaan Behardien is looking forward to continue performing well in domestic circuit in order to once again get the chance to don the green and gold jersey for his national side this winter. This year, the 34-year-old has appeared in just one ODI match during the final match against India in a six-match series , which the visitors went on to win by 5-1.

Though Behardien later also appeared in three T20Is against India, he is hoping to continue performing well for his domestic team to book his spot in the South Africa ODI squad. “The key for me is to keep performing for the Titans, because that is always the focus. I would obviously love to get back into Proteas squad, and it will be a massive season of six-seven months domestically,” Sport24 quoted the batsman, as saying.

It should be noted that Behardien failed to grab the attention of the national selectors, despite having a stellar season for the Titans. However, the middle-order batsman remained optimistic of his chances as he said he would try to build on his 50-over form to put himself in a best position for a call-up.

“I would love to continue my T20 form into next season, and also build on my 50-over form. I want to put myself in the best position to be ready if I get the call-up for any of the winter tours,” he said. South Africa are slated to play two Tests, five ODIs and a T20I in Sri Lanka, beginning July 4. 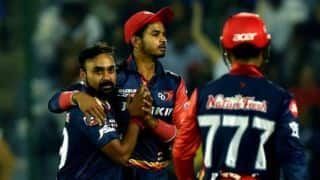