Dale Steyn among the fast bowling quartet injured himself on day two of the match.

South Africa beat India by 72 runs in the first Test of the Freedom series. However, Dale Steyn among the fast bowling quartet injured himself on day two of the match. He has been ruled of out the series due to bruised heel.

South Africa have called up Duanne Olivier and uncapped Lungi Ngidi as a replacement. Ottis Gibson suggested that he will continue with the fast bowling attack.

“I’m a very fast bowling-minded coach and I guess we will always have to find a balance to see if we get four fast bowlers in the team, first of all? Are the conditions suited to four fast bowlers? If not we try and shape the team in other ways. Ultimately, especially in this series and for the rest of the summer, we will be looking to see how best we can fit four fast bowlers into whatever formula we come up with.”

South Africa had problems with injuries; Ab de Villiers, Faf du Plessis and Steyn recently made their comeback after injury. This was the first time Steyn, Kagiso Rabada, Vernon Philander and Morne Morkel played a Test match together.

There have been injury concerns

“There have been injury concerns around the fast bowlers before I got here (in September),” he said.

“It’s something we are trying to rectify. Last week we had a discussion with the medical panel about trying to set up a group of people to look after fast bowlers better.

I think that fast bowlers are the bedrock of a really good cricket system, and if we want to be No. 1 in the world, especially in our conditions, fast bowlers are very important to that process. We need to find ways of looking after, monitoring, training our fast bowlers better because there have been a lot of injuries,” he added.

Olivier has taken 17 wickets in his Test career while Ngidi is still to play a Test. In such circumstances Chris Morris remains the favourable option to replace injured Steyn. Morris also adds more batting to the line up.The second Test of the freedom series is scheduled to be played on January 13.
First Published on
Last updated on January 9, 2018 8:09 PM IST 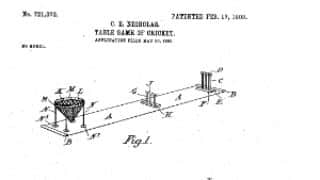