The BCCI did not immediately comment on Raj's tirade.

Raj, the highest run scorer in the women’s international game and still India’s one-day captain, wrote a furious letter of complaint and met Board of Control for Indian Cricket (BCCI) leaders on Monday to vent her anger. “For the first time in a 20-year long career, I felt deflated, depressed and let down,” said the 35-year-old.

Raj questioned whether “my services to my country are of any value to a few people in power who are out to destroy me and break my confidence.”

Raj singled out BCCI committee of administrators member Diana Edulji and national coach Ramash Powar for dropping her from the team beaten by eight wickets by England.

“The brazen support of a COA member is a clear sign of bias and also that a stance has already been taken against me,” said Raj, who has played 197 one day internationals, 85 T20 matches and 10 Tests for India since making her 50-over debut in 1999 against Ireland.

Raj hit two straight half-centuries at the World T20 in the West Indies before missing India’s last league game against Australia with a knee injury.

She was declared fit on the eve of the England semi-final but the selectors stuck with the team that beat Australia. T20 captain Harmanpreet Kaur said selectors had stuck to a “winning combination”.

“I would also like to point out that I have nothing against the T20 captain Harmanpreet Kaur except for the fact that her call to support the decision of the coach to leave me out of the eleven was baffling and hurtful,” Raj wrote.

“I wanted to win the World Cup for my country and it hurts me because we lost a golden opportunity.”

England lost to Australia in the tournament final. “Never did I think she [Edulji] will use her position against me, more after hearing what all I had to go through in the Caribbean as I had spoken to her about it.”

The BCCI did not immediately comment on Raj’s tirade. 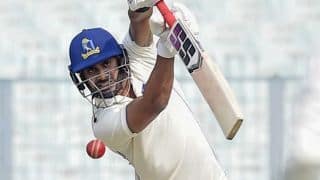 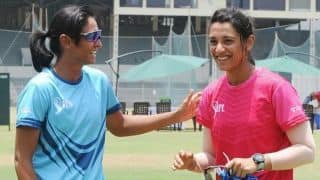