North, who played 17 first-class matches for Durham in 2004, will take over from Geoff Cook.

North, who played 17 first-class matches for Durham in 2004, will take over from Geoff Cook who retired at the start of the week following Durham s two lowest totals ever in a County Championship loss to Leicestershire.

His tenure will begin from October 1, having served as chief executive of South Northumberland CC for the past three seasons, during which time the side won successive club titles and the national T20 trophy.

I m excited to have been given the opportunity to come back to Durham and I am looking forward to working with the very talented young squad of players and staff, said North. International and first-class cricket has been a major part of my life, and this role allows me to utilise my experience and skills in a different capacity.

With the season concluding next week, it is the perfect time to review current strategies. It is paramount we create an environment that challenges and supports this squad, in delivering progression and consistent performances in all forms of the game, to ensure we develop a successful squad that we are proud of.

He also played for Derbyshire, Glamorgan, Gloucestershire and Lancashire. 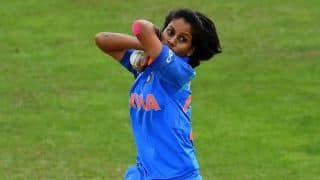