Mahmud was suffering from high blood pressure and diabetes from some time. The cricketer had a brain stroke.

Former Bangladesh captain and current member of Bangladesh Cricket Board (BCB), Khaled Mahmud has been admitted in the ICU of United Hospital of Dhaka on Sunday. Mahmud, who had gone to attend the Walton Masters Cricket Carnival in Coxbazar, had to be taken to the hospital on Saturday after he returned to Dhaka. He was primarily admitted to Kurmitola Hospital but as his health deteriorated, he was shifted to United Hospital on Sunday. Mahmud s family revealed that the cricketer had a brain stroke. As per the latest update, his condition is critical.

According to reports fromrisingbd.com, Mahmud was suffering from high blood pressure and diabetes from some time. He will be taken to Singapore for further treatment if he does not respond to the treatment in United Hospital. Mahmood, who is the chairman of BCB s game development committee, was expected at the 17th board meeting on Sunday. After the meeting, board members along with Chairman Nazmul Hassan paid a visit to Mahmood at United Hospital. His family requested everyone to pray for the cricketer.

Mahmud is a popular face in the Bangladesh cricket arena. He has been the manager of the national team. During his tenure as coach, Dhaka Dynamites won the title in Bangladesh Premier League (BPL). He has also coached domestic teams like Prime Bank and Abahani Limited and taken them to victories in premier league. In the Walton Masters Cricket Carnival, he was leading the Raw-Nation Dhaka Metro Masters before falling severely ill. 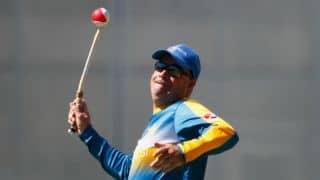 Afghanistan to play maiden Test by 2017 end; ACB in talks with Zimbabwe, Ireland for Test series