The International Cricket Council‘s dispute panel Tuesday dismissed Pakistan’s compensation claim against India for allegedly failing to honour an MoU on bilateral series, ending the long-standing feud by accepting the BCCI’s arguments on the matter.

“I welcome the ICC’s decision as the demand by PCB for a compensation from BCCI was baseless,” Thakur, who was here on a campaign trail ahead of the Madhya Pradesh polls, told PTI.

“The PCB’s claim is dismissed. Costs are reserved,” the ICC stated in the one-line order that concluded a 26-page judgement.

“The judgement is binding and non-appealable,” it added.

The Pakistan Cricket Board (PCB) had demanded Rs 447 crore compensation after alleging that the BCCI didn’t honour the MoU that required India to play six bilateral series between 2015 to 2023.

“Instead of seeking a compensation from the BCCI over bilateral series, Pakistan should focus on how can relationship between the two countries can get better. Pakistan should stop terror activities,” Thakur said.

According to Thakur, a BJP leader, Indian audience will like to see India-Pakistan matches only when the relationship between the two nations are “cordial”.

He also expressed hope that Pakistan Prime Minister Imran Khan, being a former cricketer, should try to improve the bilateral relations. 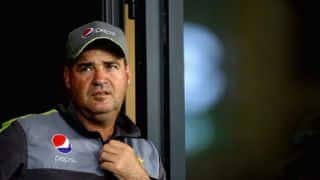 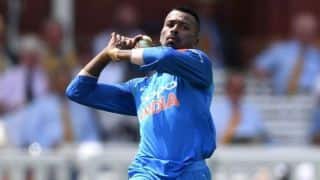