Former India wicketkeeper Nayan Mongia on Wednesday demanded remuneration from the Baroda Cricket Association (BCA) for the services he had rendered as the mentor of its junior teams.

“As a professional, it is my right to demand payment for rendering my services,” Mongia said. “When I demanded payment, Amin declined citing one or the other reason,” he alleged.

ALSO READ: When will the likes of Panchal and Easwaran get chance: Mongia

BCA officials were not immediately available for comment on Mongia’s demand.

Mongia, who played 44 Tests and 140 ODIs for India, refuted the allegations leveled by Amin, who is seeking reelection as BCA chief in the election scheduled for Friday.

Amin, in a press conference on Tuesday, had alleged that Mongia, when he was mentor of Baroda Under-16 and Under- 19teams, functioned like a dictator.

Mongia said he had brought it to the BCA’s notice the poor condition of the ground where junior cricketers trained, as well as the lack of infrastructure for them. 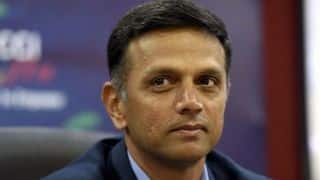