Pakistan's epic win against Sri Lanka in the series decider hailed from all quarters.

For a change, Pakistan captain Misbah-u-Haq and his men were hailed by critics, former players and fans after their unexpected victory over Sri Lanka in Sharjah on Monday.

Misbah, who scored an unbeaten 68 in Pakistan’s exciting win while chasing a target of 302 runs in the last two sessions of the third Test, was praised for motivating his young team to chase a big total and level the series after Sri Lanka won the second Test in Dubai.

“This victory is a turning point for Pakistan cricket and Misbah. It will give immense confidence to him and his team that they can do the improbable and nothing is impossible in cricket,” former captain Rameez Raja said.

“Such victories only increase the self belief in a team and I think we are going to see this team play a more positive brand of cricket in future,” he said.

Rameez said Azhar Ali who scored a century, wicketkeeper Sarfraz Ahmed, who made a quickfire 48, and Misbah all deserved credit for the win.

Misbah said after the Test that the team wanted to win it desperately to give a winning send off to their coach Dav Whatmore, who steps down next month after a two-year tenure.

Former captain and pacer Waqar Younis said Sri Lanka only had themselves to blame for the defeat as they had adopted a very defensive approach throughout the Test and paid the price for it.

“You don’t draw or win matches by playing 60 maidens in an innings. This is a very special day and victory for Pakistan cricket. I think a number of players in this side have come of age today,” he said.

Waqar said he was particularly impressed with the comeback of pacer Muhammad Talha, who took six wickets in the match, and the way Azhar and Sarfaraz had responded to the pressure.

“This victory is one of our greatest moments and it will change our outlook to the sport and Misbah needs to be appreciated for his captaincy as well.”

Former captain Rashid Latif added: “This is definitely one of our great wins because it came against the odds.

“I thought Misbah and the team management deserve full marks for believing in this team and pushing them to go for a win.”

Former captain Wasim Bari said the victory was poetic justice as Sri Lanka had played negative cricket and waited for Pakistan to take the initiative.

“Pakistan deserves all credit for seizing their opportunity. I think this victory shows we are a top cricketing nation and the passion we have for this sport despite all the odds we have fought against since the 2010 spot-fixing scandal,” he said.

Former captain and coach Mohsin Khan said he was delighted that young players like Khurrum Manzoor, Ahmed Shehzad, Azhar, Sarfaraz and Talha had risen to the challenge.

“This is our highest run chase in Test cricket since 1994 and it adds a new chapter and meaning to our cricket.” 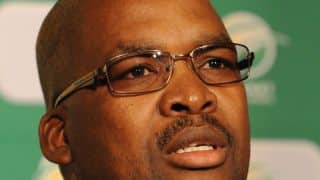