At a tender age of 14 Raza made his Test debut but failed to translate his virtuoso performance on the international stage.

Former Pakistan player Hasan Raza (the youngest Test debutant till date) has been filmed in the recently conducted Al Jazeera sting operation. Raza was seen seated with next to former Mumbai cricketer Robin Morris. It must be noted that Raza and Morris played for Mumbai Champs in the 2007 and 2008 editions of Indian Cricket League (ICL). According to ESPNCricinfo, Raza is yet to respond, while Morris has declined such allegations to a local TV channel. Morris has said that he was invited by a TV channel to conduct auditions for and act in a movie.

The alleged footage showed Morris talking about starting a T20 league for betting and spot-fixing purposes. He adds that B-, C- and D-grade players could be involved. Another footage released by the channel shows Morris in conversation with a certain Gaurav Rajkumar, who is taking about organising a four-nation T20 competition in UAE. In his defence, Rajkumar said that he was invited to act in a movie. 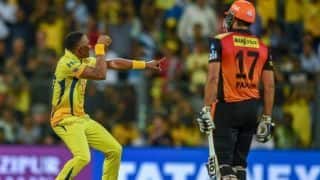