Jonathan Trott has played most of his innings at No. 3 in the batting order.

Boycott said that Trott lacks the technique of an opener. With him coming forward even before the bowlers let the ball go, and thus being unable to tackle the swing, the BBC reported. Michael Vaughan, Geoff Boycott criticise England openers during 1st Test against West Indies

Trott, who is now 34, has a batting average of 44 in Tests and has played most of his innings at No. 3 in the batting order. Trott has now joined the list of the three England openers to score three ducks in five innings, one of them being Boycott himself. Boycott said that Trott is not playing the way he used to and he should not be opening as there are more difficult tours of New Zealand and Australia lying ahead. Jonathan Trott has earned his right to be in England squad, says Peter Moores 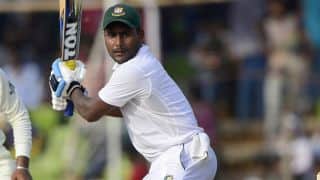