"I'd been sitting on the trophy for most of the evening, and it felt sturdy, it's a good trophy" George Bailey

The 50-over World Cup has to be the biggest event in cricket and every team aims at bringing this eternal glory home. Australia, who have won the trophy five times, have many memories relating to the celebrations afterwards but the 2015 victory was followed by some nightmarish times for George Bailey. In a recent public interaction, the ever-smiling Australian batsman revealed how he broke the World Cup trophy during the post match celebration.

“It was very early. I’d been sitting on the trophy for most of the evening, and it felt sturdy, it’s a good trophy. Someone remarked that sitting on it wasn’t a good idea in case it broke, and I was standing at the time and said ‘It’s as strong as anything’,” Bailey said in the Grade Cricketer Podcast.

But sitting on the trophy was not Bailey’s only mistake and what followed landed him in deep trouble.

“I donkey-kicked it. It just snapped, snapped in two. We had the civic reception about four hours later. (I’ve) never sobered up so quickly. Frantically going through the yellow pages looking for a welder to get this thing back together. So I’m heading round Melbourne trying to get this thing fixed, and it gets fixed but it’s not in A1 condition.

“I get back to the hotel, quickly get changed, take the World Cup into the team room and say ‘lads, it’s back in one piece but the rule is, if you’re going to pick it up, pick it up using both handles, preferably (with) two people holding it all times’.”

But even this trick could not save Bailey and Australia.

“I didn’t know Pup (Clarke) wasn’t in the room. He walked in five minutes later, picked it up one handed and the whole thing fell apart again. I’m thinking, this is a disaster. To which our media manager just said ‘let’s just use the replica.’ So I missed four hours of valuable sleep time. I needed that sleep.” 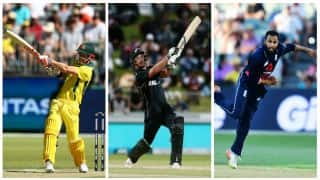 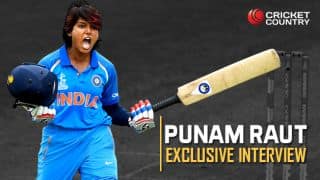