Bailey has handed in his notice as captain of the national Twenty20 team as he eyes a possible return to Test ranks through improved red-ball performances and Australia look to rebuild ahead of the 2016 World Twenty20 in India. Bailey will sit out of the sole T20 international on Australia’s tour of the UAE next month, as well as the three KFC T20s against South Africa in November with a new skipper to be appointed by Cricket Australia in coming weeks.

While that decision will need to be ratified by the CA Board, opening batsman Aaron Finch looms as Bailey’s likely replacement given his leadership with Melbourne Renegades in the KFC T20 Big Bash League.

“The very end goal is hopefully to play more Test cricket, but more than that it’s just about playing the best four-day cricket I can,” said Bailey, who will lead Tasmania in the upcoming Bupa Sheffield Shield season.

“It’s the format I find the most challenging and the format that I get the most enjoyment from. It’s where my real passion lies. Whether concentrating on that ends up in me getting back into the Test squad, it doesn’t worry me too much. It’s just about playing as well as I can.”

The very end goal is hopefully to play more Test cricket, but more than that it’s just about playing the best four-day cricket I can.

Bailey, who took over the T20 captaincy from Cameron White in early 2012, has led Australia 27 times for 13 wins and was skipper at the 2012 ICC World T20 (in Sri Lanka) and Australia’s disappointing campaign in Bangladesh this year where they failed to progress beyond the group stage.

The 31-year-old will continue to make himself available for T20 selection after the South Africa series and is hopeful of making it to the next World T20 in 2016, but has cited a desire to further his red-ball aspirations as a reason behind his decision announced in Harare today.

Often it’s hard to remember who you had in your squad from one tour to the next, and (there are) a lot of one and two-game series which is quite challenging as well.

Bailey’s T20 skills led to him making his ODI debut for Australia later in 2012, and he was then a member of Michael Clarke’s triumphant Ashes-winning Test line-up last summer. But his return in the long form of the game was not as strong as he or the national selectors had hoped, and he was subsequently omitted from not only the Test XI but from the touring party that went on to win in South Africa last February.

Bailey will continue to be available for ODI cricket and will lead Australia’s one-day outfit in the three internationals against Pakistan that follow the opening T20 in the UAE should Clarke’s injured hamstring continue to keep him on the sidelines.

But with Australia looking to build a team capable of delivering the one major international trophy that has thus far eluded its grasp, and with Bailey claiming he has three or four years of top-level cricket left in him, he decided the T20 captaincy would reside better in other hands.

He reached the decision during his three-month break after this year’s Indian Premier League, and although he will head directly to India after the current series in Zimbabwe for the Champions League Twenty20, he believes the challenges of T20 cricket saps a lot of energy.

More so the often ad-hoc nature of the international T20 schedule than the 20-over game itself. “Just the structure and scheduling of T20 is a really big challenge,” Bailey said. “Often it’s hard to remember who you had in your squad from one tour to the next, and (there are) a lot of one and two-game series which is quite challenging as well.

“But also we’ve had the chance to see a number of young guys come through and develop which is exciting. I wanted to give a new captain an opportunity to find his feet and put his mark on that team for the (2016) World Cup.” 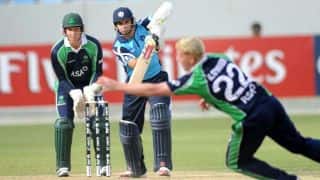 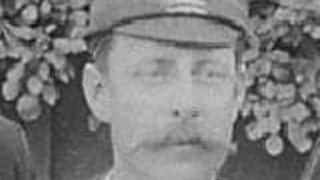