Former Australia captain Steve Waugh has lauded Virat Kohli-led Indian cricket team for agreeing to play in a day-night Test against Australia Down Under.

“It is great. It is a great opportunity, a great spectacle. One will never forget playing a day-night Test in Australia. It’s got a fantastic atmosphere. It is a new challenge and a chance for the greats of this generation to tick that box for them,” Waugh said while speaking on the sidelines of the Laureus Awards ceremony.

Waugh said Day-Night Tests will hold the game in good stead. “If you score a hundred or pick five wickets in a day-night Test, it goes down in the annals of history. It’s how you look at it either it is a challenge or too hard. I’m sure India will see it as a challenge. It’s good for world cricket and I am glad that India have agreed to play,” he said.

“It’s a good thing (that fast bowlers have an advantage). People in Australia love watching a day-night Test because you can’t take your eyes off the action. Every ball something might happen,” he said.

“It gives the opportunity to the bowlers and good batsmen score runs. I think it is a great thing that the bowlers are more in the game — particularly in the night time when the conditions change a lot and you really got to preserve your wickets. If you’re bowling, then you have to attack the wickets.” 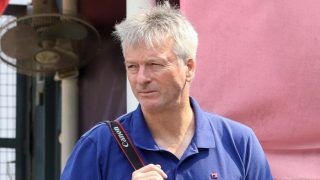 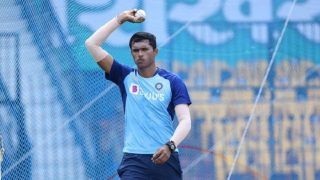 Being Part Of The Indian Team Is A Life-Changing Moment For Me: Navdeep Saini