Cape Town: South African batsman Temba Bavuma on Wednesday said that he was glad to have his teammate AB de Villiers back in the South Africa Test squad, even though his own place could be in jeopardy with the latter’s return. De Villiers was on Tuesday named in the South Africa Test squad, along with Bavuma, for the day-night four-day game against Zimbabwe starting on Boxing Day (December 26) in Port Elizabeth. However, the right-handed middle-order batsman has said that he was happy to have De Villiers’ experience back in the dressing room.

Bavuma told IOL Sport: “I think as players, we’re glad to have a guy like AB back. He brings a lot of experience to the team. It is always something that I can benefit from. The good thing is that I am not a selector, so I don’t have to pick the top six. I think it is a healthy competition.” De Villiers, regarded as one of the best batsmen of his generation and also as one of the greatest of all time, stepped down from Test captaincy in December 2016 following an elbow injury, which kept him out of the team for a long period. Later, a self-imposed exile sidelined him from Tests in 2017.

The 34-year-old has been out of action since injuring his shoulder, during a series against Australia in Perth in November last year. He recently made a return from long injury lay-off when he played for Titans in the Ram Slam T20 Challenge last month.

Bavuma will get an early chance to get some runs against Zimbabwe when he plays for a day/night three-day tour match, starting at Boland Park in Paarl on Wednesday. 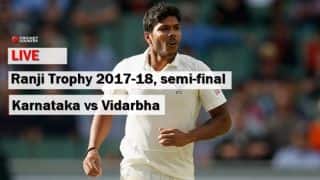 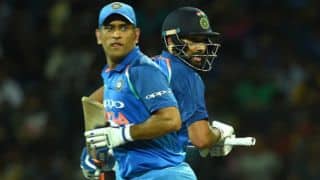 MS Dhoni ideal at No. 4 for India, believes Rohit Sharma