Sydney: Hard-hitting Australian batsman Glenn Maxwell on Friday said it was “completely untrue” that he was a critic of Indian captain Virat Kohli. Despite nursing a bruised tendon above his right knee and a sore left hamstring, Maxwell took to social media to clarify media reports. “Taken out of context… I also complimented him on how well he had played and got his team into a winning position,” Maxwell tweeted. Kohli has been involved in a number of volatile exchanges with Australian players in recent years, including a recent verbal duel with all-rounder James Faulkner that both combatants have described as part of the theatre of international cricket. Cricket Scorecard: India vs Australia 2015-16, 5th ODI at Sydney

“I was asked to give a bit of an assessment of who was dominating with the bat in this series, and I said ‘I don’t think anyone in the world is hitting the ball better than Virat at the moment’,” Maxwell was quoted as saying by Cricket Australia. “A lot of us are still in awe of what he can do on the field, and the way that he all but took the game away from us the other night in Canberra was something that we were pretty much powerless to stop,” he said.

Set an imposing 349 runs to win in the fourth One-day at Canberra, Kohli (106) smashed the Aussie bowlers to score his 25th One-Day century in only 162 innings, making him the fastest to the mark. He eclipsed Sachin Tendulkar’s feat, set in 1998 in 234 innings. Maxwell also hosed down any suggestion of bad blood between the Australians and Kohli, who has succeeded World Cup-winning captain M.S. Dhoni as the Test skipper. Virat Kohli to James Faulkner: Are you fast asleep?

“Everyone wants to play like Virat does. As a team, we have enormous respect for him, largely because he goes about his cricket in much the same way as we do. He’s a hard competitor on the field but very fair, and he loves to give as good as he gets. Plus he takes the opposition on and that always earns you huge respect from Australian players and fans,” he said.

“There’s no doubt that during this ODI series, everyone’s enjoyed the way that he’s taken on the role of aggressor, and the battles he’s had with James Faulkner have been a real highlight. And off the field, he’s really likeable, he’s got a great personality and he’s happy to show that which makes him one of those guys that people can relate to,” Maxwell added.

The 27-year-old Maxwell also sprang to the defence of Dhoni.  “I think everyone is unbelievably harsh on Dhoni. If he vacates that middle-order, it leaves their batting even more thin with the inexperienced guys they’ve brought in,” he said. “With four years until the next World Cup, it’s probably the perfect time now to bring in young guys and give them a chance to stake their claim but unfortunately for India they can’t realistically break up the middle-order like we were able to,” he said. Maxwell, down with a knock, also said he was working hard on his rehabilitation programme to prove himself fit for the fifth and final One-Day at Sydney. 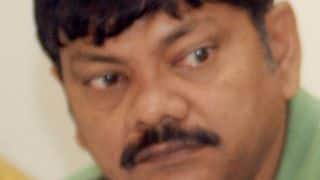