Cheteshwar Pujara on Thursday scored his maiden T20 century, belting an unbeaten 100 off 61 for Saurashtra in a Syed Mushtaq Ali Trophy match against Railways.

Cheteshwar Pujara on Thursday scored his maiden T20 century, belting an unbeaten 100 off 61 for Saurashtra in a Syed Mushtaq Ali Trophy match against Railways.

Pujara, known more for his exploits in red-ball cricket, isn’t surprised by the innings but did term it as ‘special’.

“It is special. This was expected because I have done well whenever I have got the opportunity in white-ball cricket. I am not surprised by this century, but I am sure many people are. I knew this one would come at some stage in my career, and this is the right time. I have been really batting well,” Pujara told ESPNcricinfo.

While opening the innings for Saurashtra, Pujara clattered 14 fours and a six during his unbeaten knock to power his team to 188/3. However, he still ended on the losing side with Railways hunting down the target with two balls remaining.

Pujara has carried his exceptional red-ball form to limited-overs cricket. He recently returned from Australia tour where he was the man-of-the-series in the four-Test series that India won 2-1. He then joined Saurashtra to help them progress into the Ranji Trophy final, continuing to plunder runs at will.

“Good form in Test cricket can help you bat well in shorter formats. It helps you get into good positions, you pick the ball early so I am really happy. Although it came in a defeat, but it was a close game where Railways needed 12 off the last over and they pulled it off,” Pujara said.

He further added, “If I am able to pick the ball early, I am seeing the ball well. Even in Test cricket, like in Adelaide where I was batting with the tail and had to accelerate, I had to play strokes like the pull, upper cut or go over the top, I was able to do that. It is very tough to do that in Test cricket. But after that when you play against the white ball, which does not swing much, does not spin much, and also travels further, you have a lot of advantage. You can play through the line. Your confidence level is on the higher side. If you can play some shots against the red ball, then (against the white ball) it is a piece of cake.”

T20 cricket has provided a freeway to a batsman to play unorthodox shots but for Pujara the classical approach is the way for the time being.

Giving example of New Zealand captain Kane Williamson who uses a similar approach in T20 cricket, Pujara said, “If you look at his T20 batting, he even got an Orange Cap in the IPL (2018), most of his shots are cricketing shots. That is what I look upto. I like to make runs similarly. If I have to play unorthodox shots, if need be at some stage, then I will work on it if the format requires that. I am not against that, but my success has been with cricketing shots and I will stick to that as long as I can. But if the field set in such a manner that I need to play the paddle or scoop I can do it.” 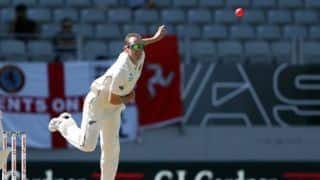 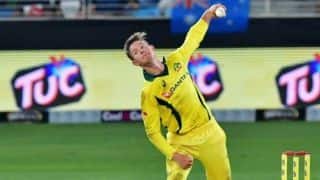