South Africa will arrive at Trent Bridge on Friday hoping their team can beat England in the second Test to level the four-match series at 1-1.

Londres: South Africa will arrive at Trent Bridge on Friday hoping their team can beat England in the second Test to level the four-match series at 1-1. Fifty-two years ago they did not need a side to do that at the Nottingham ground just two brothers. An exaggeration? Perhaps, but the Trent Bridge Test of 1965 saw Graeme Pollock score 125 still regarded as one of the best hundreds ever made while his fast-bowling brother, Peter, took 10 wickets (five for 53 and five for 34) as South Africa won by 94 runs. Wisden, cricket’s ‘bible’, said of the Pollocks’ display: “Their fraternal effort has no parallel in Test cricket.” South Africa’s first Test match win in England for 10 years enabled them to take the three-match series 1-0 with two draws. Full cricket scorecard: England vs South Africa 2017, 2nd Test at Trent Bridge

Pollock’s century was astonishing. Coming in at 16 for two, and with South Africa soon 43 for four on an uncovered pitch where England seamer Tom Cartwright (six for 94) was making the ball move alarmingly, the 21-year-old left-hander made 125, in just 145 balls faced. His century represented nearly 50 percent of an innings total of 269 where the next best score was 38. “No one could ever have batted better than Pollock that day,” said Australia great Richie Benaud, who commentated on the match for BBC television. England vs South Africa 2017, Live Streaming, 2nd Test, Day 1

“I do remember getting the 125 at Trent Bridge,” Pollock told AFP in an exclusive interview in London. “I was a bit upset because I didn’t think I got a nick to Colin Cowdrey at first slip and I was given out caught. I sat in the changing room and I was a little bit angry.” But there was a consolation for Pollock whose Test average of 60.97 is second only to that of Australia legend Donald Bradman’s 99.94 among batsmen who’ve scored 2,000 runs in a completed career. Graeme Pollock fears South Africa risk decline with their racial transformation policy

“Some guy came into the changing room and said ‘I just want to say well played’ and I was thinking ‘who the hell are you and what are you doing in the changing room?’ it was Sir Leonard Hutton,” added Pollock as he recalled the visit of the former England captain, himself one of the best batsmen of all time. “You had uncovered wickets in England in the 1960s. I remember Tom Cartwright in 1965. He dawdled in at military medium and it just went all over the place.” ENG vs SA, 2nd Test: du Plessis wants Proteas to pass character test and level series

Asked if it was the finest innings of his career, Pollock replied: “I think so in the circumstances to win the Test and my brother got 10 wickets in the game and it was my mother’s birthday on August 5 [the first day of the match] so all the celebrations were in the one direction. “To beat England in England at any time in the 1960s and 70s was a helluva performance. The batting line-up we had to get out twice included Geoffrey Boycott, Bob Barber, Ken Barrington, Cowdrey, MJK Smith and Jim Parks. It wasn’t an easy job as they were all fine players.” 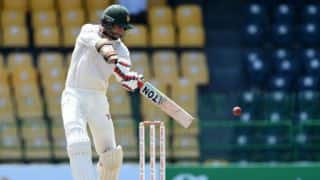 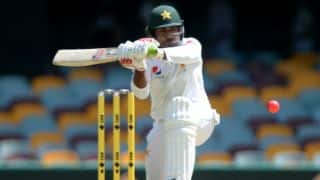 Sarfraz Ahmed: Test captaincy is a challenge but things will get easier with time