Former South Africa skipper Graeme Smith and Shahid Afridi have joined a plethora of former stars for the inaugural St. Moritz Ice Cricket in Switzerland from February 8 to February 9, 2018. While Afridi has been part of many league matches post his international retirement (recent stint in T-10 league in UAE), the two-day T20 event will be Smith’s maiden appearance since featuring in the Masters Champions League in February 2016. The other big names who are sure to attract limelight are: Virender Sehwag, Mohammed Kaif, Shoaib Akhtar, Mahela Jayawardene, Lasith Malinga, Jacques Kallis, Daniel Vettori, Nathan McCullum, Grant Elliot, Monty Panesar and Owais Shah. It has players from major cricketing nations, and will lead to more eyeballs.

Ahead of the two-day event, Smith stated, “I don’t know what to expect but I am really excited to play in a beautiful part of the world. I hope the event is a huge success. There are lot of brilliant cricketers involved. I have played against all these guys in international cricket. It will be nice to spend some quality time with them and put up a good show with the cricket,” added the former South African opener.

VJ Sports, the organisers, have claimed that the event has been given the green signal by International Cricket Council (ICC). Players will use the traditional cricketing gear including the red-ball but will don sports shoes instead of spikes.

The matches will be played on a matting pitch. 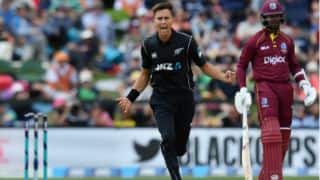