Graham Onions is rumoured to move to Kent or Lancashire.

Durham‘s veteran pacer and former England player, Graham Onions, has announced his departure from the club. The 35-year-old, if selected, will feature in his final match for Durham in this week’s final match against Worcestershire at New Road in English county. This will be his 139th appearance and he will be eager to sign off on a high for a team he has successfully represented since 2004.

Onions, who has played 9 Tests and 4 ODIs for England, told ESPNCricinfo, “It has been the hardest decision I have ever had to make. I genuinely love Durham County Cricket Club and hoped to finish my career here. Unfortunately, we were unable to agree on the length of contract and there doesn’t appear to be any guaranteed opportunities for a coaching role in the future. So, with a heavy heart I have to leave Durham to ensure a securer future for my family. I would like to thank the club and the members for your support over the last 15 years. I hope I will be remembered for wearing the Durham badge with pride and always giving 100 per cent. Durham will always hold a special place in my heart and I hope to return one day”

Durham club president, Ian Botham stated, “We need senior players in the dressing room and, at the moment, I’m losing them left right and centre. I feel very sorry for the coaching staff and academy, because they aren’t seeing their achievements come to fruition.”

Onions will join a long list of players, Mark Stoneman, Keaton Jennings and Paul Coughlin, who have moved to other clubs as Durham has been hit hard since their enforced relegation from the top flight of the Championship last season. 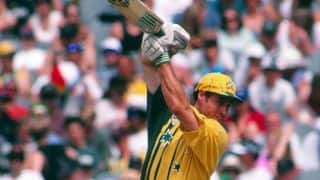